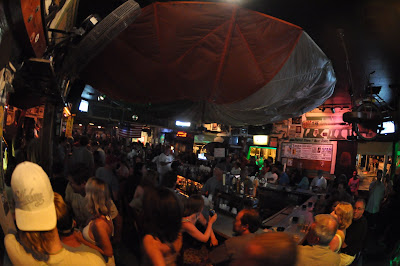 Welcome to another great year of music! 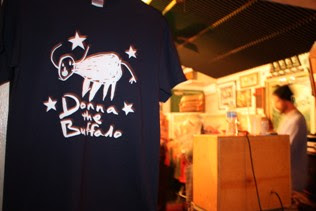 The month, and the year, started started out smokin’ with two nights of Donna The Buffalo and as anyone will tell you that was there, “You shoulda been there” 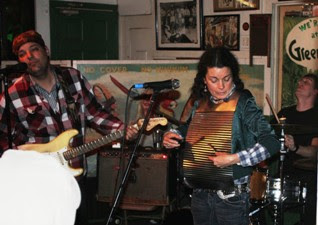 photo credit Michel Blades
Next up wasThe Carter Brothers doing the first Friday soundcheck of the year and proceding to tear it up for the next two nights. Gotta love those guys, they just get better all the time. And as we said before, They’re as humble as they are talented. 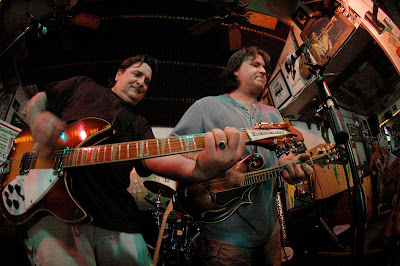 And The good news is that we’re not gonna let you go yet .
Check out what we got this week.
Lets start out with Andrew, aka DJ Le Spam who rolls in for Friday and Saturday night shows with his Spam Allstars in the person of Chad on Trombone, JP on Sax, Mercedes on flute and percussion, Tomas on Timbales and Jose on guitar for two pelvis grinding nights that I’m sure will not dissappoint.
Then comes Bill Blue book-ending the weekend with Friday and Sunday soundchecks.
Then on Tuesday night at 9, a special treat when when we feature the amazing violin skills of Charles Kaczynski, just returned to Key West after a ten-year hiatus traveling the world with Cirque Eloize. Charles has put together a night of Gypsy Jazz in the style of Stephane Grapelli and Django Reinhardt and has recruited Tim McAlpine on guitar and Chief Billy on double bass to accompany him.
But wait, wait, we’re not done yet.
On the heels of Gypsy Jazz, beginning Wednesday night at 8 PM, comes the monthly meeting of The Green Parrot Ukulele Association. These folks have gotten up a head of steam and are fired up and ready to go. Don’t miss that one.
And lets wrap the week up on Thursday night with a 10 PM reprise of Nick Norman and Caffiene Carls’ incendiary acoustic soundcheck of last Sunday.
Here’e the line-up as it appears in the press this week. see you around the neighborhood! 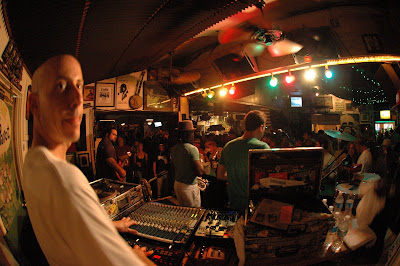 Well known in Miami for their innovative sound, the Spam Allstars have given South Florida a premium blend of nostalgic, obscure, retro sounds, described as retro-Cuban and deconstructed rumba.

A self-described descarga or Cuban jam session, DJ Le Spam and the Spam Allstars are a unique ensemble that has created their own niche on the national music landscape with a prolific recording routine and over 200 show dates a year.

Rolling Stone, Entertainment Weekly, The New York Times, Washington Post, DownBeat, The Village Voice and Newsweek all praised their 2002 album Fucata Live!, and it was nominated for a Latin Grammy in 2003. Spam Allstars were surprised and proud of this achievement considering that the album had been recorded live to a CD burner during one of their weekly shows at Hoy Como Ayer in Little Havana.

Spam Allstars have appeared on Good Morning America, Mun2’s The Roof, CBS This Morning, NPR’s All Things Considered, CBS-4’s Making of the Latin Grammy’s, NBC 6’s Trendtrackers, and a variety of regional and international radio programs. 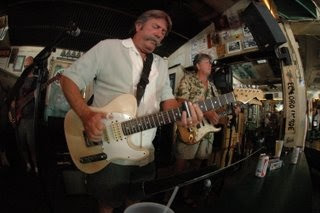 When Bill Blue came to Key West in 1983 with a pretty girl, a Cadillac and very little money, he was coming off 18 years of road dog touring and recording. In the 20 years he’s made this island his home, he opened a music store and a recording studio and left an indelible mark as a performer.

Now, The Old Man of Blues, our own Bill Blue, returns to The Parrot stage on Friday, January 13th at 5:30 PM and again on Sunday, January 15th, at 5:30 p.m. to celebrate his 30+ years of writing, recording and performing music. The Green Parrot Soundcheck is the fitting place.

Bill Blue left North Carolina for Virginia to meet blues legend Arthur (Big Boy) Crudup, writer of Elvis’s first record That’s Alright Mama, but little did he know that within two weeks he’d go from an out-of-work musician to being on the road with Big Boy and Bonnie Raitt on her first U.S. tour.

It started a career that has lasted more than 30 years and taken him to stages around the world. Bill signed on with the prestigious Adelphi Records, one of the best blues labels at the time in the U.S., and released two LP’s: Sing Like Thunder and Giving Good Boys A Bad Name with worldwide distribution. This gave the exposure to play venues all over Europe and the U.S. He released a compilation CD, Closing Time, in 2005 with songs from the last 30 years.

As a New York Times reviewer said about Bill’s show at NYC’s Bitter End: “One moment you’re laughing your ass off, a few songs later you’re crying in your beer. From a songwriter, you can’t ask for anything more.” 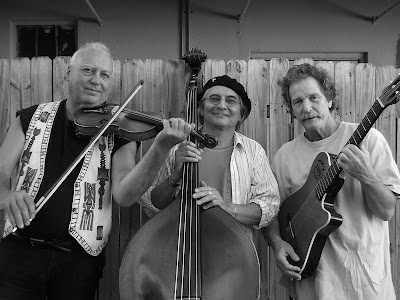 Gypsy jazz, also known as gypsy swing or hot club jazz is a style of jazz music said to have been started guitarist Jean “Django” Reinhardt in the 1930’s, largely in France.
The featured music will be in the style of gypsy jazz greats Stephane Grapelli and Django Reinhardt.
Kaczynski, from Montreal, has performed all over the world, most recently touring with Cirque Eloize for the past several years..
Charles will be accompanied on guitar by Key West multi-instrumentalist Tim McAlpine on guitar and Chief Billy on double bass.. 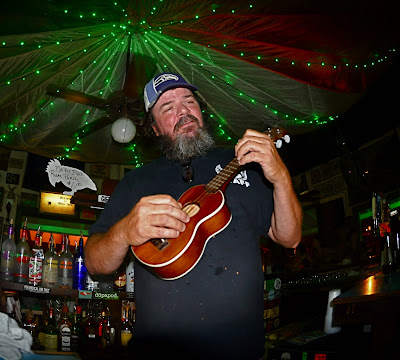 “In terms of improving one’s mood and general outlook, I consider the ukulele to be the big gun.”- Louden Wainright III

The January meeting of The Green Parrot Ukulele Association will be held on Wednesday, January 18th at 8 p.m. with co-hosts Jeff Clarke, Tim McAlpine and Jay Gewin

Following the same format as the previous monthly, well-attended, high-spirited shindigs, the meeting will begin with a Workshop at 8 p.m. for those just starting out on the instrument. Basic instruction and chord and song sheets will be provided. At 9 p.m., there will be featured performers, an open mic and a play-along in no particular order.

For those who missed the last months’ events, they were outstanding, with an ever-growing congregation of uke-bearing aficionados in attendance, most of whom crowded the stage for a few nimble and professional sing-along covers of popular songs to wrap up an already lively night.

It is obvious from last two month’s turnout that there is a serious Key West ukulele scene simmering just below the surface,” said John Vagnoni, Green Parrot manager. “We also see this as a unique way for Key Westers to meet people and make music at the same time.”

So dig out that old ukulele from your attic or closet and strum your way into a four-string stupor at Green Parrot Ukulele Night, Key West’s only ukulele-powered jam session.

Come to just listen or join in. All levels are welcome and remember, spare ukes and instruction are available for those who want to try them out.

The Green Parrot is your Southernmost Center for Uke Culture of every kind, and is located at the corner of Whitehead and Southard streets. For additional information call The Green Parrot tat 305-294-6133. 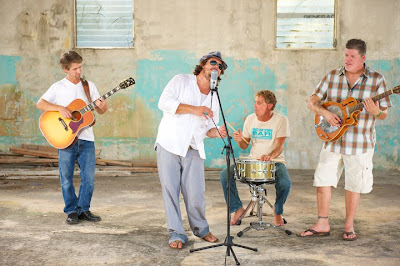 Proven favorites on the Green Parrot stage, Caffeine Carl and Nick Norman will play a special evening show on Thursday, January 12 at 10 p.m.

Carl and Nick creating their own buzz on the local and national music scene, leaving fans all over begging for more. Don’t miss this chance to hear Caffeine Carl and Nick Norman this Sunday at The Green Parrot Bar, your Southernmost Center for Culture, at the corner of Whitehead and Southard Streets.