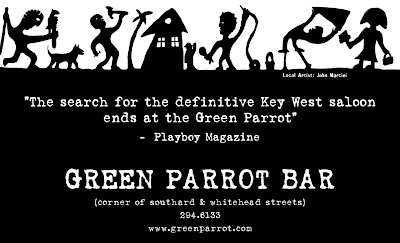 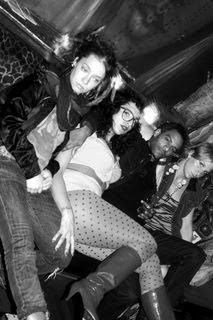 Black Blondie, the all-female experimental R & B group from Minneapolis, will bring the tried and true fundamentals of strong melodies, tatsty arrangements and searing passion to the Parrot stage on Thursday, May 20th with shows beginning at 5:30 and 9 P.M
The tightly knit four-piece unit collectively known as Black Blondie packs jazzy beats, experimental keyboards and funky bass lines. Front woman Samahra’s seductively soaring vocals tie all these qualities together into a soul powerhouse.
URB Magazine said “Black Blondie’s sassalicious frontwoman Samahra’s look and sound remember a drug-and-beehive-free Amy Winehouse…if she had a hip-hop background and killer style. The Minneapolis foursome are together a shining example of the soul-filled creativity coming out of the Midwest” –
Black Blondie’s daring frontwoman, Samahra, has the attitude and charisma of a punk rock diva. She has a voice that would serve any American Idol three times over but lyrics that shock with wit and intellect. You may be reminded of the poetic confessions of a Midwestern emo boy who makes you wanna rip your heart out and cradle it in your hand, but in the next minute she will inspire you to put on your hot pink stilettos, party the night away at a grungy D.C. go-go club, and sign a check to the World Wildlife Fund with a quill tipped pen. Bass player, Liz Draper, plays her upright and electric basses as effortlessly as any conservatory bred musician would, yet still sounds like a dirty hip hop sample. Kahlil Brewington’s drums lock in as one with the bass and are laced with sophisticated dub and dancehall stylings. Tasha Baron attacks percussive Afrobeat organ lines and plays keyboard atmospheres reminiscent of the Sun Ra Arkestra. Samahra’s vocals intermingle enigmatically with this striking and raw musical environment. Black Blondie’s live show, distinctive song writing and innovative musical style has found them sharing the stage with The Roots, Jill Scott, Amy Winehouse, Meshell Ndegeocello, The Coup and J*Davey and a spot in URB Magazine’s ‘Next 100’ for 2008. 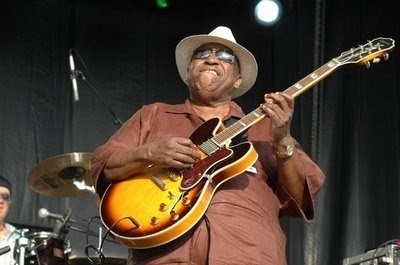 South Florida Bluesman Joey Gilmore returns to The Green Parrot
Stage on Friday, May 21st, with shows at at 5:30 and 10 P.M.
Born in Ocala, Joey Gilmore came to South Florida in the ’60s and has
been here ever since. Gilmore found his niche playing behind all the
great soul, blues and R&B stars that passed through town, as well as
leading his own successful bands and recording along the way.

Joey Gilmore’s career has spanned 40 years with performances
throughout the United States and
Europe. He has called South Florida home for the past twenty years.
Joey is a true Blues and R & B
master who incorporates new and varied styles in his music performing
original compositions mixed
with traditional standards in his high energy live show. His
tenor/baritone vocals belt out tunes with a
loss abandon reminiscent of Blues Legends from the 1940’s and 1950’s.
This Blues man’s major
influences are apparent without sacrificing his unique style. Artists
Joey has shared the stage with
include; James Brown, Etta James, Bobby Bland, Little Milton, Johnny
Taylor and numerous others.
In January 2006, Joey traveled to Memphis to compete in The
International BLUES Challenge.
The Joey Gilmore Band outscored all bands worldwide while showcasing
his amazing
talent at a blues industry event as the best unsigned band on the
planet. Joey is proud to
represent the BLUES FOUNDATION as the winner at every sponsored event, being an
ambassador of the BLUES for the Foundation and Blues Community
The Green Parrot Bar is your Southernmost Center for Blues Culture,
at the corner of Southard and Whitehead Streets.
For more information, call 294-133. 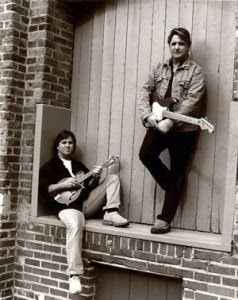