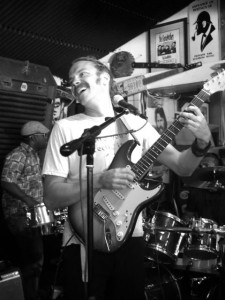 Never one to dissappoint, on Thursday, July 10th, beginning at 9 PMJeff Clark brings, Good Compnay, his latest incarnation to The Parrot stage for what promises to be a very danceable night of funk, rock, ska and reggae. 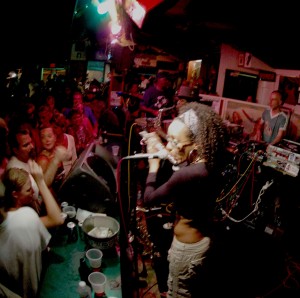 Blending Latin, funk, hip hop and dub, the Spam Allstars make their highly anticipated return to The Green Parrot with shows beginning at 10 PM on Friday and Saturday, July 11th and 12th.

Well known in Miami for their innovative sound, the Spam Allstars have given South Florida a premium blend of nostalgic, obscure, retro sounds, described as retro-Cuban and deconstructed rumba.

A self-described descarga or Cuban jam session, DJ Le Spam and the Spam Allstars are a unique ensemble that has created their own niche on the national music landscape with a prolific recording routine and over 200 show dates a year.

Deftly combining the live performance of his stage-mates with a cornucopia of electronically-evoked samples, DJ Le Spam (Andrew Yeomanson) projects a distinctly modern voice that resonates of Miami’s very Latin and urban soundtrack.

Rolling Stone, Entertainment Weekly, The New York Times, Washington Post, DownBeat, The Village Voice and Newsweek all praised their 2002 album Fucata Live!, and it was nominated for a Latin Grammy in 2003. Spam Allstars were surprised and proud of this achievement considering that the album had been recorded live to a CD burner during one of their weekly shows at Hoy Como Ayer in Little Havana.

Spam Allstars have appeared on Good Morning America, Mun2’s The Roof, CBS This Morning, NPR’s All Things Considered, CBS-4’s Making of the Latin Grammy’s, NBC 6’s Trendtrackers, and a variety of regional and international radio programs. 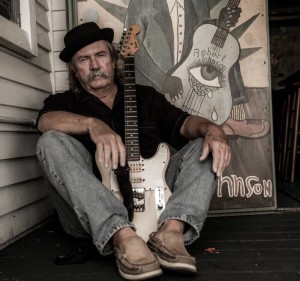 Bill Blue returns to The Parrot stage at 5:30 PM on Friday and Saturday July 1th and 12th in support of the release of “Mojolation”, the first studio release in thirty years from the island’s favorite blues guitarist, singer and songwriter,

Bill attributes getting back into the studio to UK record producer Ian Shaw, who Bill claims, “…found me and resurrected me!” Shaw says, “I thought it was historically important to document Bill’s contribution to the Blues so I coaxed him back into the studio to record. We’re both very happy with Mojolation and feel it’s a true reflection ofBill and his extraordinary talent.” 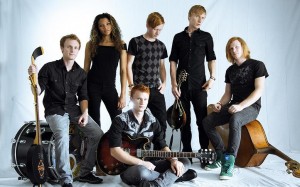 The Doerfels will return to the Parrot stage at 5:30p.m. on Sunday, July 13th

The Doerfels are one of the most exciting and unique new bands to come along in a very long time. Their progressive acoustic music is a blend of rock, bluegrass, gospel, country and jazz. And yet, when you listen to the band play, you don’t try to analyze it… you simply melt into it.

Their outstanding musicianship and their enthusiasm seem to just draw you in and make you feel a part of the music itself.

The Doerfels have performed in some of the most prestigious spots in the country with artists like Ricky Skaggs, Asleep At The Wheel and The Isaacs. But when you listen to them, you still feel like you’re sitting around the family living room experiencing an impromptu jam of world-class musicians. It’s the kind of thing you remember for a long, long time 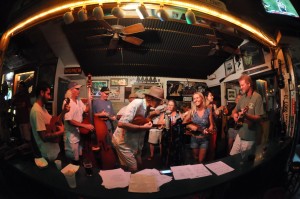 Following the same format as the previous well-attended, high-spirited shindigs, the meeting will begin with a workshop at 8 p.m. for those just starting out on the instrument. Basic instruction and chord and song sheets will be provided. At 9 p.m., there will be featured performers, an open mic and a play-along, in no particular order.

For those who missed July’s’s meeting, it was outstanding, with an ever-growing congregation of uke-bearing aficionados in attendance, most of whom crowded the stage for a few nimble and professional sing-along covers of popular songs to wrap up an already lively night.

“It is obvious from recent month’s turnouts that there is a serious Key West ukulele scene simmering just below the surface,” said John Vagnoni, Green Parrot manager. “We also see this as a unique way for Key Westers to meet people and make music at the same time.”

Dig out that old ukulele from your attic or closet and strum your way into a four-string stupor at Green Parrot Ukulele night, Key West’s onlyukulele-powered jam session.

Come to just listen or join in. All levels are welcome and remember, spare ukes and instruction are available for those who want to try them out