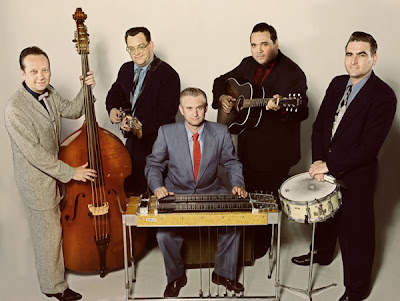 Big Sandy and His Fly-Rite Boys bring Roots, Western Swing and
Rock-a-Billy to the Parrot

Big Sandy and His Fly-Rite Boys bring their brand of American Roots music, Western swing and Rock-a-Billy to the Parrot stage on Sunday, February 19, at 10 p.m., and Monday, February 20, with shows at 5:30 p.m. and 10 p.m.

“I think of us as just a rock and roll band. A rock and roll band that’s letting the roots show,” says bandleader Big Sandy.Since forming in 1988, Big Sandy and His Fly-Rite Boys have emerged as one of the world’s most respected practitioners of American roots music, western swing, rockabilly, and traditional country, playing it like they invented it.

Whether they’re playing the Grand Ole Opry, Late Night With Conan O’Brien, or simply climbing out of a bus after rolling into your town, these guys are bringing us some great old-time rock and roll.

Big Sandy & His Fly-Rite Boys have continued to transcend their genre the same way all iconic artists do—by creating music so good, songs that are so well-written, that the genre is simply a launching pad for the integrity of the art. This music is timeless. 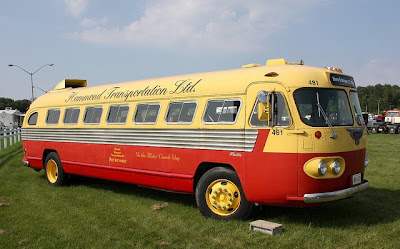 Here’s the type of bus the boys rolled up the first time they played The Parrot,

A vintage (is there any other kind?) Flxble Clipper
The group ascribes to a vintage aesthetic not only in vehicles, but also in gear — from Kingman’s 1957 custom Magnatone guitar to Jeff West’s stand up bass and Trimble’s vintage kit, these guys play instruments that were used when this style of music was just coming into existence,” Big Sandy said.