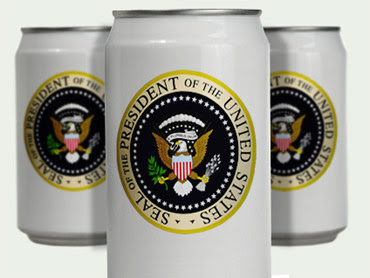 Trying to smooth over the racially-tinged brouhaha resulting from the arrest of black Harvard professor and Obama-buddy Henry Louis Gates a few weeks back, President Obama has invited Gates and arresting officer Jim Crowley to have a beer together at the White House. This could also be viewed as a bit of Presidential damage-control since the atmosphere around the incident was ratcheted up considerably when Obama himself waded into it and in an unfortunate choice of words said the police has acted “stupidly” when Crowley arrested Gates.

Noting that they won’t be cracking any cold ones in the Oval Office and with “no formal agenda other than cold beer,” the beer summit is to be held at “the picnic table out back” of the White House at 6 P.M, said White House Press Secretary Robert Gibb
Benj Steinman, president of Beer Marketer’s Insights in West Nyack, N.Y., didn’t care which brand of beer Obama would tap for the occasion, but said that the president’s use of beer as a social lubricant was welcome. “It’s come up a couple of times,” Steinman says. “He likes his beer.”

The president, never one to be out-blue-collared, played it safe and will be sipping Bud Light when he greets
Henry Louis Gates, Jr. and Cambridge police Sgt. James Crowley at the White House.
Crowley likes Blue Moon, a cloudy, unfiltered Belgian-style wheat brew usually served with an orange slice (seems like a good fit for a cop who gives sensitivity training to other cops) while Gates will enjoy the Jamaican standard Red Stripe, a lager. (Red Stripe’s latest advertising campaign plays on the ‘easy vibe’ of Jamaican Beer, with catch phrases such as “easy, now”, again, another good fit perhaps, as in, “Easy, now. Skip”).

You know, I’m glad the President is doing this, but personally, neither one of these guys looks like a barrel of laughs to me and for sure neither appear to be Green Parrot material and if they did stumble in to The Parrot, just going by their actions of the past few weeks, I’d guess they both would probably be drinking at Don’s Place by now.

Crowley, his brow a bit too furrowed…seems slightly confused 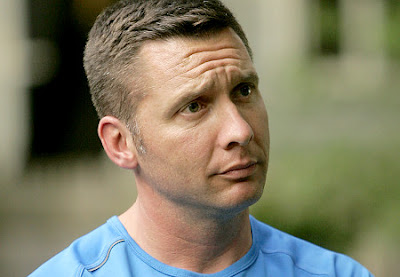 …and as for Gates, well,…no thanks. 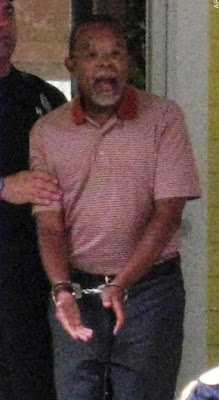 Who would we rather have a beer in the Parrot with? The person who perhaps may have paid a higher price in the controversy, Lucia Whalen,The woman who dialed 911 to report a possible break-in at the home of black Harvard scholar Henry Louis Gates Jr. Whalen and wasn’t even invited to the beer bash.
Whalen said Wednesday she was wrongly labeled a racist based on words she never said and hoped the recently released recording of the call would put the controversy to rest.
Lucia Whalen, 40, said she was out walking to lunch in Gates’ Cambridge neighborhood near Harvard University when an elderly woman without a cell phone stopped her because she was concerned there was a possible burglary in progress.
Whalen was vilified as a racist on blogs after a police report said she described the possible burglars as “two black males with backpacks.” The bloggers had concluded she was a privileged white neighbor who felt two black men in the area had to be up to no good.
Tapes of the call released earlier this week revealed that Whalen did not mention race.
“Now that the tapes are out, I hope people can see that I tried to be careful and honest with my words,” Whalen said. “It never occurred to me that the way I reported what I saw be analyzed by an entire nation.” 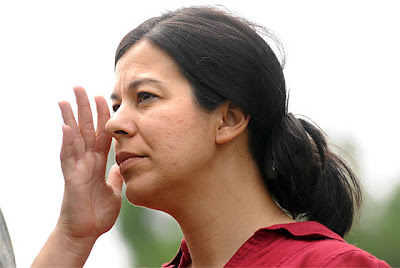 “People called me racist and said I caused all the turmoil that followed and some even said threatening things that made me fear for my safety,” said Whalen.
The three highly trained guys who acted badly are getting together for a beer tomorrow at the White House, and that’s a good thing,” Whalen told reporters. “The one person whose actions were exemplary will be at work tomorrow here in Cambridge.”
Lucia, we’ll save a stool for you at 6 tonight. Who needs those guys anyway?

As a final note, you know I don’t know if these guys really even need the booze. As CBS’ David Letterman said on Tuesday night, “Alcohol usually cools things off — have you noticed that?”

Maybe Obama needs to rethink this whole thing, tear a page out of his old playbook, twist a few up, and really have a meeting of the minds. 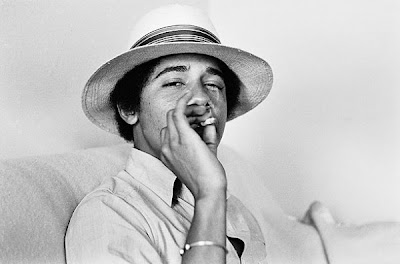 For a hilarious take on the beer summit, see this recent New Yorker article.