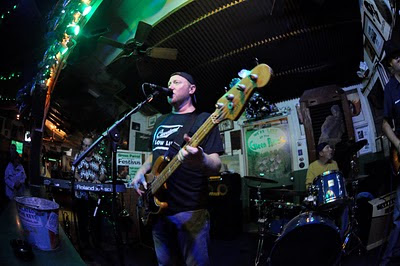 Wayne Hammond’s Festivus (for the rest of us) Plays Green Parrot Wayne Hammond’s Festivus (for the rest of us) will appear at The Green Parrot with shows at 5:30 and 10 p.m. on Friday, February 3, and 10 p.m. on Saturday, February 4, for two days of Funk, Rock and Reggae.Even if you didn’t watch TV in the ‘90s, you can still gather around The Festivus Pole this weekend and join Wayne Hammond, Jeff Clark, Eric Holt and Randy Morrow as they take the stage for this all-inclusive gathering.Introduced into popular culture by the TV show Seinfeld as part of a comical storyline, Festivus—a bare-bones affair in which even tinsel is forbidden—was created as a less commercialized alternative to more familiar and incompletely-secularized winter holidays; “another way” to celebrate the season without participating in its pressures and commercialization.