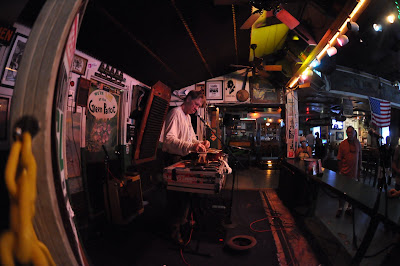 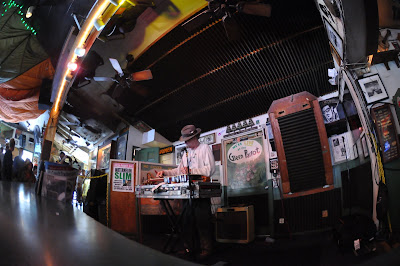 Scheduled to do a ninety minute set Slim played from 5:30 to nearly 8 PM in a near two and half hour set featuring his own unique brand of slide playing that had some local musicians in attendance looking on in wonder.

He also played harp, recited poetry, spun tales and read from Hemingway’s “For Whom The Bell Tolls” 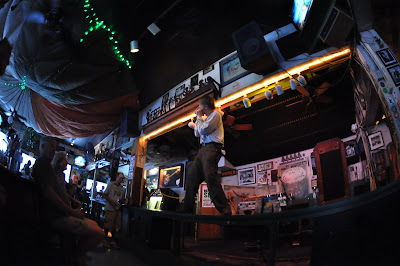 It was a jaw-dropping mix of songs and yarns that The Parrot had seldom, make that never, seen before.
Starting with some Mississippi Fred McDowell, Slim moved his way through the canon of Delta Blues up Highway 61 to Chicago and Muddy Waters adding a slight detour to West Texas for some gunfighter ballads by Marty Robbins, followed by Moe Bandy’s “Hank Williams You Wrote My Life”and  a heartfelt cover of John Prine’s “Angel From Montgomery”,   and all the while reaching out to connect with the rapt crown and at one point even leaping off the stage and into the crowd 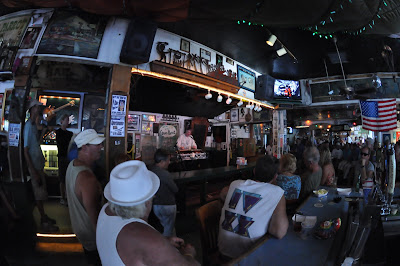 Later, in a scene more resembling Ralph Edward’s “This is Your Life” than a Green Parrot show, Slim, or Bill, as they called him, warmly caught up with two of his cousins who had learned about his Parrot appearance on the internet and drove from Ft. Myers to see him. Slim said he had not seen one of them since he shipped off to Vietnam. 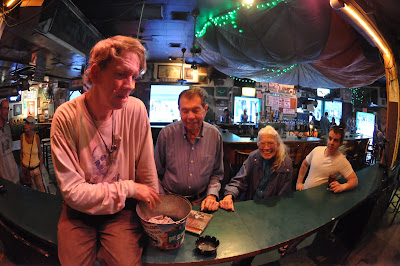 As another Viet-Nam era aside, waiting in the wings to talk to Bill also was a local musician who as a Viet-Nam veteran Against The War had marched side by side with Bill in “The Last Patrol” a 1972 Viet-Nam war protest.