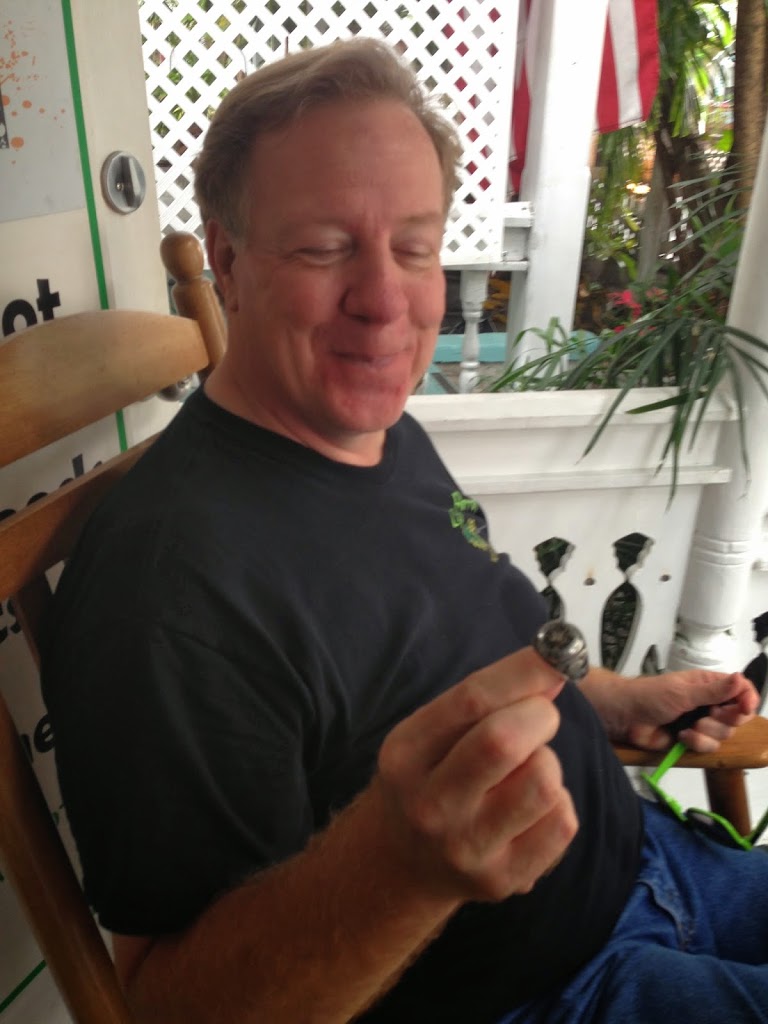 Sitting in a rocking chair on the porch of The Green Parrot Liquor store Saturday night University of Dayton Alumni and Green Parrot employee Tom Robinson was pondering The Dayton Flyers bold if ill-fated run in this year’s NCAA basketball tournament.

Seeming to be in an expansive mood, Tom pulls out  a small velvet pouch from which emerges an oversized and unmistakable championship ring which Tom earned as an offensive guard on the  1980 Division III champion University of Dayton  football squad. 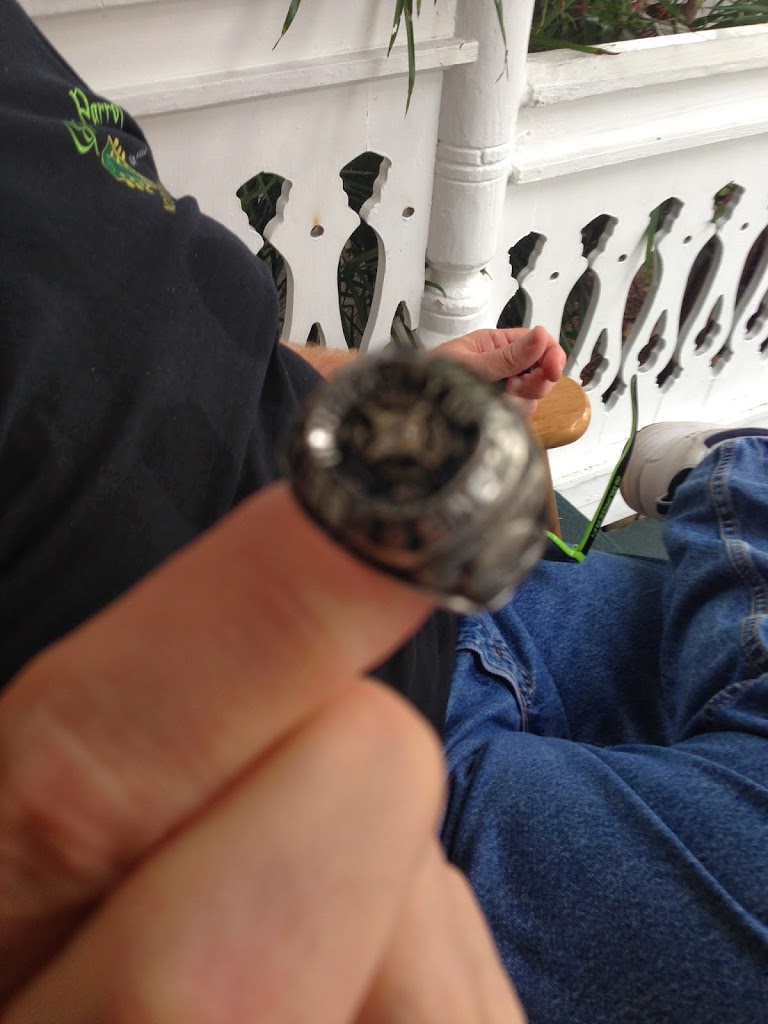 An NCAA Championship Ring, I ask you, who’s got one of of those?
And Tom would add, “This guy!” 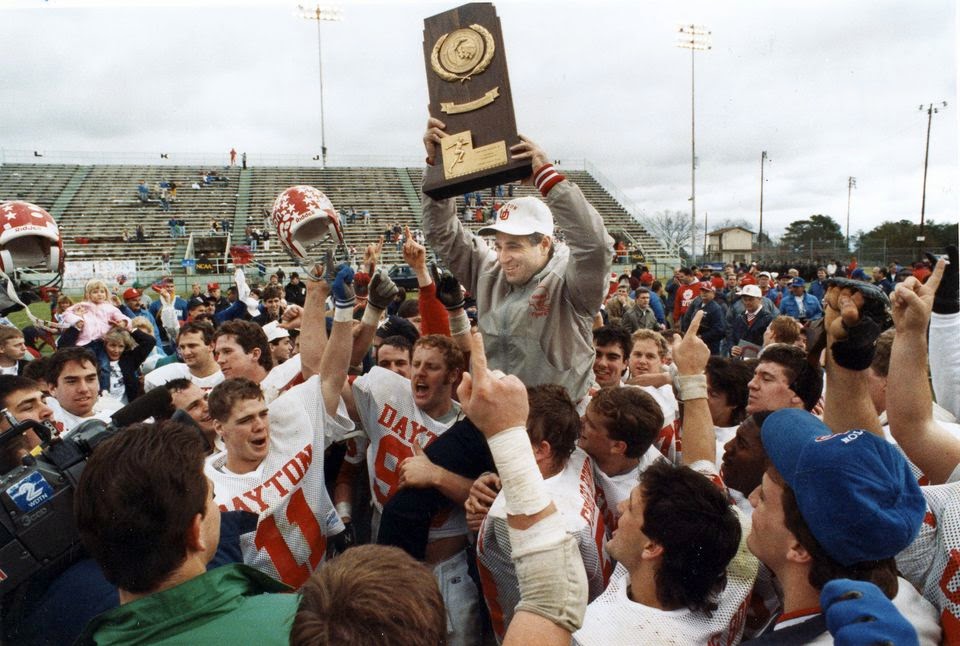 The Flyers went 14-0 that year under Head Coach Rick Carter, outscoring its opposition that year by an incredible 509-70 margin and  crushed Ithaca College Bombers in Division III Championship Amos Alonzo Stagg Bowl by a score of  63-0, still a record 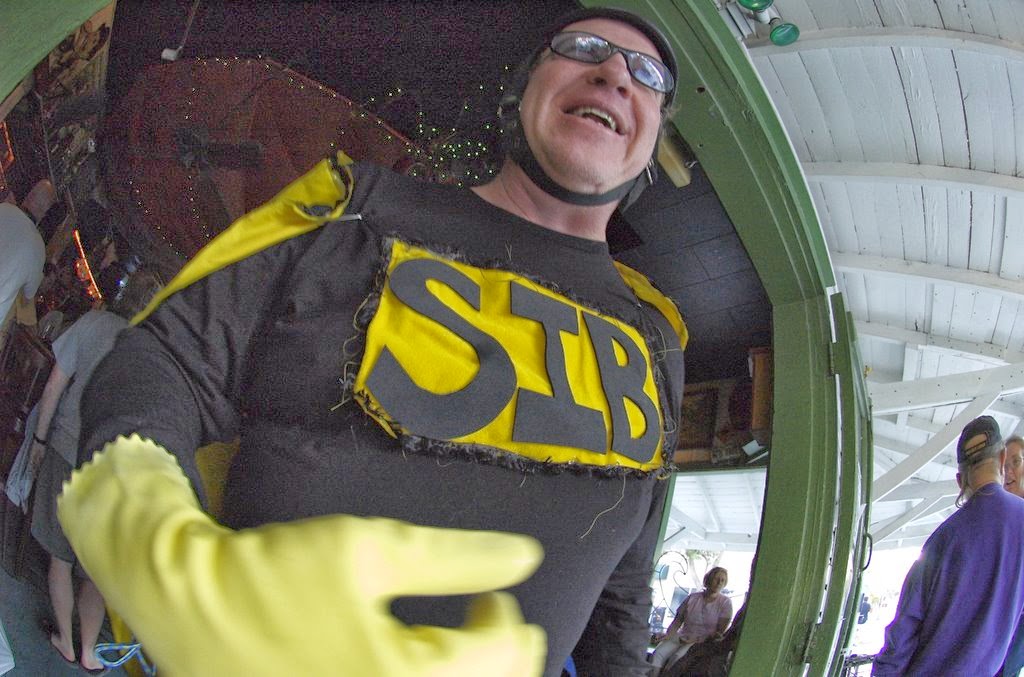 Here’s Tom in his most recent incarnation, Stock Island Boy, looking in fighting-trim and like he could still get down in that three-point stance and move mountains for that Flyers Backfield.
Tom you were a hero then, and you’re our hero now!