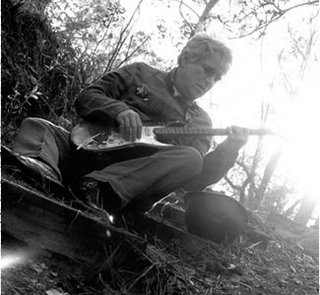 Funky Meters’ Brian Stoltz
Returns to Green Parrot
It’s gonna be a couple of those Oh-Boy-They’ve-Done-It-Again nights
at The Green Parrot as New Orleans’ King of Funk Guitar, Brian Stoltz
returns to the Parrot stage for two Funked-Up performances on Tuesday
and Wednesday nights, March 7th and 8th, beginning at 10 o’clock, with
a special 5 P.M. “Sound Check” on Wednesday.
While Brian is probably best known as the guitarist for the Funky
Meters, before that he was busy touring and recording for 10 years
with the world renowned “First Family of Funk,” the Neville Brothers.
In addition, Stoltz has created fluid and coherent bodies of work on
his own. Always in demand as a phenomenal guitarist, his skill as a
songwriter has caught the attention of artists like Aaron Neville, the
Neville Brothers, blues artist Coco Montoya, zydeco artist Zachary
Richard and film director John Sayles.
Renowned for his awesome virtuosity and unmistakable sound, his
performances have been featured on recordings by artists as diverse as
Bob Dylan, Edie Brickell, Linda Ronstadt, the Neville Brothers, Dr.
John and Aaron Neville to name a few.
Brian is currently touring and recording with the New Orleans
supergroup Porter-Stoltz and Batiste as well as touring the country
leading his own band and in solo performances.
The Green Parrot Bar, on the corner of Whitehead & Southard Streets,
is indeed the Southernmost Center for Funky Culture. For more
information call 294-6133.