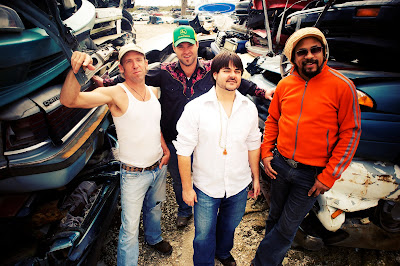 Honey Island Swamp Band from New Orleans will return to the Green Parrot with shows on Friday, December 4th  at 5:30 and 10:00 PM. and at 10 PM on Saturday, December 5th.

For most of the past decade, Aaron Wilkinson and Chris Mulé established themselves as top-notch musicians and songwriters, most notably as members of the Eric Lindell band.  Collaborations between all three musicians have been favorites of DJs in major US markets, internationally and on both Sirius and XM satellite stations over the past year.
After years of touring around the country and around the world in support of Lindell’s releases and with various other bands, Wilkinson and Mulé formed the Honey Island Swamp Band as a vehicle for a huge backlog of original songs the two had written but never recorded. The band came together in San Francisco, where both musicians were marooned after Hurricane Katrina devastated New Orleans.

2009 has already brought big things for the band, as they mark the release of their first full-length album, Wishing Well, with performances at New Orleans’ French Quarter Festival, the 2009 New Orleans Jazz and Heritage Festival, the Federal Hill Street Festival in Baltimore, MD, and the Chenango Blues Festival in Norwich, NY, among many others.

The Green Parrot Bar your Southernmost Center for Culture of All Kinds on the corner of Southard and Whitehead Street. For more information cal 294-6133. 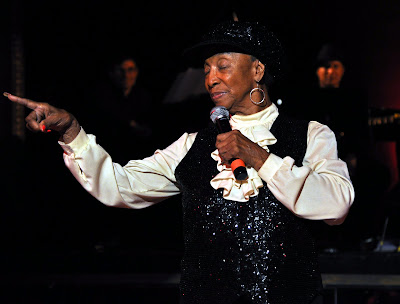 “Queen of Swing” Norma Miller returns to Key West for her 90th birthday celebration and  will make The Green Parrot Sunday, December 6th 5:30 P.M.  “soundcheck” a a part of her “Birthday Bash”.  The Green Parrot Bar will be swingin’ with the sounds of the Mike Emerson Southernmost Rhythm Section when Norma makes a guest appearance along with Lou Ragland from the world-famous Ink Spots.

Known to many as the Queen of Swing, Norma Miller is an author, choreographer, dancer, comedian and actor whose career spans over seven decades. Discovered at the age of twelve by the Savoy Ballroom’s legendary dancer Twist Mouth George, Ms. Miller has been in show business ever since.

Honored with a 2003 National Heritage Foundation Fellowship from the National Endowments of the Arts for her role in creating and continuing to preserve “the acrobatic style swing dance, known as the Lindy Hop,” Ms. Miller (at a young 90 years of age) continues to be an inspiration to all who know her.

Ms. Miller’s energy continues to amaze all who know her. She is currently working on her third and fourth books, Swing Baby Swing and Me & John Biffar; and has written several songs, including “The Big Apple,” her valentine to her hometown of New York, which she composed and wrote with Frank Owens.

Ms. Miller is also the subject of author and historian Al Governor’s recently released children’s book, “Stompin at the Savoy.” Illustrated by Martin French, the book tells the story of her childhood in Harlem and takes readers to Paris, Rio, Hollywood as a teenage Norma travels the world dancing with Whitey’s Lindy Hoppers.

In addition, Norma Miller has been featured performing in a string of movies, including some of the most viewed vintage movies by Lindy Hoppers and swing dancers worldwide: the Marx Brothers’ A Day at the Races (1937) and Hellzapoppin’ (1941); Spike Lee’s Malcolm X (1992); Stompin’ at the Savoy (1992), John Biffar’s Captiva (1995), along with documentaries such as the National Geographic’s Jitterbug (1991) and the Smithsonian Jazz series on NPR.

In the 1960s, Norma Miller began working with Redd Foxx at his comedy club and later joined him on his 1970s television series Sanford and Son, serving as a stand up comic, actor and choreographer. In Ken Burns’s documentary Jazz (2001), Norma’s recollections provide a first-hand account of the Harlem music and dance scene of the 1930s and ’40s.

Since her time at the Savoy Ballroom, Norma has also worked on film and TV with the likes of Richard Pryor, Bill Cosby, and Ella Fitzgerald, to name a few.

Norma continues to travel throughout the year, making appearances at a number of Swing Dance Festivals and Jazz Events around the world. In addition to teaching master classes, Norma also performed her comedy act and screened the recently released “Queen of Swing” documentary.