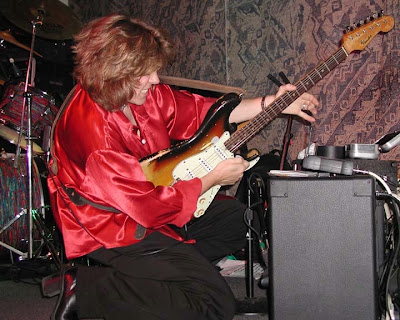 The Cinncinnatti-based powerhouse Kelly Richey Band returns to The
Green Parrot Bar on Thursday and Friday,March 27th and 28th at 10
o’clock includinga 5:30 P.M. “sound check” on Friday afternoon and a 5:30 to 8 PM “supersoundcheck” on Thursday afternoon..
Buoyed by critical praise and fiercely loyal fans, The KellyRichey
Band tours extensively, bringing their incendiary live experience to
venues throughout the US. The attention surrounding this power trio
has centered on female lead guitarist KellyRichey and her dynamic
stage show and has earned her comparisons to Jimi Hendrix and Stevie
Ray Vaughan while gaining her a place on stage with blues legends,
Albert King and Lonnie Mack.
The experience provided by The KellyRichey Band is an absolute
stand-out on the club circuit: unlike any other act on the scene
today. What sets KellyRichey apart is the passion of her live
performance as she explodes on stage. Being hailed as “Jimi Hendrix
trapped in a woman’s body with Janis Joplin screaming to get out”,
Kelly lures every audience into the fire with her guitar as she cranks
out searing leads, throws her guitar behind her head and later, grabs
the closest beer bottle to play slide. Equal to her guitar slinging
abilities are Richey’s uninhibited, yet polished vocals. With a
timeless sound and phenomenal talent, The KellyRichey Band will
indulge and impress any music lover and leave them wanting more.
“…She makes her guitar alternately weep, wail and scream, while
vocally it’s hard
to miss the large dose soul seeping from nearly every note that
escapes her lips.”
-Cincinnati City Beat
The Green Parrot Bar, on the corner of Southard and Whitehead, is your
Southernmost Center for Blues/Rock Culture of All Kinds.
For additional information call 294-6133 or visit www.greenparrot.com.. 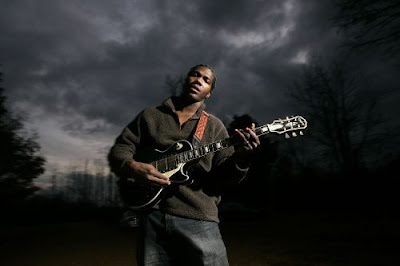 Influenced by his grandfather, famed Delta bluesman R.L. Burnside, and
having mastered the raw emotion of Mississippi Delta Blues, Kent
Burnside and The New Generation’s sound echoes from the porches of
The Mississippi Delta to the Ghettos of the south.

Passed down through their blood line, a product of his upbringing,
following in the tradition of his grandfather and his uncle, Duwayne
Burnside, Kent Burnside’s blues and soul now create an urban blues
sound all his own, yet reflective of classic Mississippi blues.

The Blues live on with this family.

Billed as “Cotton Field Disco: a true revue of The Mississippi Delta
and its music, from the porch to the stage”, this is a show not be
missed by any Blues fan.

Kent has actually appeared on the Parrot stage before having spent a
lot of time soaking up different styles of music and touring with
folks like the eccentric musician and frequent Parrot performer Jimbo
Mathus,. “I wanted to learn all I could,” Kent says.

Kent will be unveiling his raw funk-blues originals along with covers
of tunes by Howlin’ Wolf, Johnny Taylor, and Muddy Waters. Kent will
also play a healthy serving of R.L. Burnside’s’s material, including
“Poor Black Mattie” and “Rollin’ and Tumblin. “I do some of my
grandfather’s stuff,” he says, “but I up it a notch.”

Kent Burnside learned an important lesson in playing music from his
grandfather. The elder Burnside confided to his grandson that too many
musicians try to lay down a bunch of impressive licks at the beginning
of a song. “Get a good rhythm and build it to the end,” R. L. told
Kent. “You want to keep the song interesting.”
Tracks from Kent’s recently released “Cotton Field Disco” reveal that
the singer-guitarist has taken his grandfather’s advice. “Jumper,” a
killer version of R. L.’s “Jumper Hanging Out On the Line,” begins
with some jaunty, greasy riffs over a very propulsive beat that keeps
the song careening forward; another number transforms Donny Hathaways’
“The Ghetto” into lean electric blues punctuated by an earthy and
effectively-rapped middle section.

The Green Parrot Bar, on the corner of Southard and Whitehead, is your
Southernmost Center for Juke Joint Culture of All Kinds.
For additional information call 294-6133 or visit www.greenparrot.com..