Fiery, passionate, and sometimes compared to Government Mule, The
Derek Trucks Band, and other crossover acts, the genre-expanding
harmonica virtuoso Jason Ricci and his band make their return to the
Green Parrot stage on Thursday,February 14th, beginning at 10
P.M. and incuding a special 5:30 P.M. “soundcheck” on Thursday afternoon.
Blueswax magazine says of Ricci, “His name is JasonRicci. He plays
harp like I can’t explain–except
to say that I have not heard the ghost of Butterfield in awhile.”
Blues Access magazine says Ricci is “one of the very best harmonica
players of his generation… his musical talent …is too great to be
denied…. shaking the hips of audiences while rattling the dusty
firmament of the Blues/Rock , they’re rapidly attracting fans from the
Jam band and Jazz scenes as well as adventurous Blues lovers.”
JasonRicci has already seen and experienced more than many players do
in a lifetime. At 21, he performed the 10th Annual King Biscuit Blues
Festival in Helena, Arkansas. In Helena, he won the Sonny Boy Blues
Society Contest beating out Michael Burks among others. He lived for a
year in Mississippi with Jr. Kimbrough’s son David Malone Kimbrough
and was a member of Junior’s band gigging regularly at established
clubs and Mississippi juke joints joining often joining R.L. Burnside
and family. In 2000, Ricci won the Mars Music store’s nationwide Blues
Harp Blow-off beating over 1,000 other competitors.
Ricci is also one of very few players pioneering a technique known to
harp enthusiasts as over blowing. Over blowing enables a harmonica to
play anything that a guitar or any instrument can play allowing the
player a complete three-octave chromatic scale.
The Green Parrot Bar is the Southernmost Center for Culture, at the
corner of Southard and Whitehead Streets, and at www. greenparrot.
com. For additional information call 294-6133. 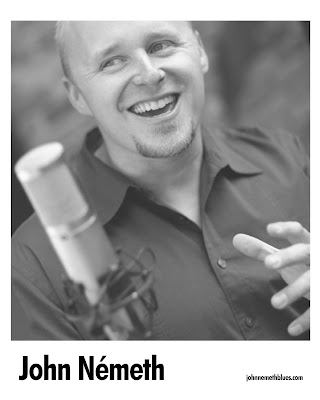 Rising blues star ,Blind Pig Recording artist, singer and blues harp player, John Nemeth and The John Nemeth Band, featuring Junior Watson on guitar will appears at the
Green Parrot Bar on Friday, February 15th at 10
o’clock including a 5:30 P.M. “sound check” on Friday afternoon.
“I remember telling friends up North in ’80 that they should go see Stevie Ray Vaughan, but they weren’t impressed because he wasn’t famous yet. It will give me great pleasure to say, ‘I told you so!’ about John Németh. You’ll see.” says
Bob Margolin, in Blues Revue Magazine
A singer steeped in the tradition of B.B. King, Ray Charles and Junior Parker, and a harmonica player of riveting intensity and virtuosity,John’s decade long career has found him opening for Robert Cray, Keb Mo’, and Earl Thomas. and p erforming major music
festivals around the United States, Europe, Canada and Asia.
Németh was a featured artist with Anson Funderburgh and the Rockets in 2005 and 2006 as well as a featured artist with The Junior Watson Band in 2002. . Greg Johnson of Blues Notes writes, “John Németh possesses rich harmonica tone that easily brings to mind Sonny Boy Williamson and Little Walter.”
The buzz around John Németh is substantial, and his Blind Pig debut, “Magic Touch,” delivers the goods in spades. From the opening track, an ambitious and fully realized reworking of Junior Wells’ classic “Blues Hit Big Town,” John’s emotive, smooth voice and stellar harp playing introduce a virtuoso of rare depth and power. John’s uncanny blend of retro-modern blues and soul music will delight purists and young hipsters alike. Produced by Anson Funderburgh and featuring Junior Watson on guitar, “Magic Touch” is destined to be one of the most remarked upon releases of 2007.
As Muddy found a musical soul-mate in harp player Little Walter, John Nemeth has found one in celebrated contemporary Blues Guitarist Junior Watson. Junior stands out from the pack of today’s finest Blues guitar players, always revealing the essence of a song and crafting the perfect stylistic touch and tone. In 2004, Junior was nominated for a W.C. Handy Award for best Blues guitar player. The Blues World appreciates Junior, but nobody admires him more than other Blues guitar players. When he plays with John, they inspire each other, and one plus one equals way more than two.
The Green Parrot is your Southernmost Center for Culture of every
kind, and is located at the corner of Whitehead and Southard Streets.
For additional information call The Green Parrot at 294-6133. 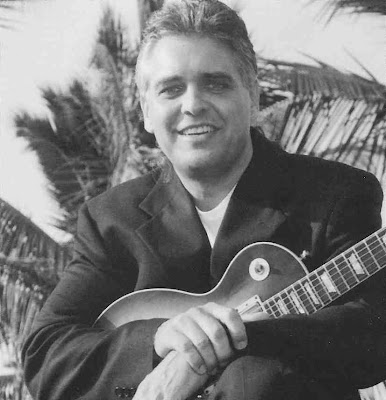 It’s still prime hurricane season at The Green Parrot, as Atlanta’s
Roger “Hurricane” Wilson blows into Key West for two days of
Parrot-style hurricane parties Saturday and Sunday, February 16th and
17th with a 10 pm show on Saturday night with 5:30 P.M. soundchecks on both Saturday
and Sunday.
We’re in the eye of the storm as Wilson delivers two big days of
his own brand of blues and roots-rock. It’s going to be a weekend
that promises to leave some party-damage in its wake.
A hint about Wilson’s show. Living Blues Magazine says, “Wilson takes
no prisoners in his approach to blues/rock,” while the Atlanta
Journal/Constitution promises, “his own style is raucous enough to
keep bar crowds in a perpetual sweat.”
After a 14 year career of teaching hundreds of students to play guitar
from 1973-1987 and playing professionally since 1972, Roger
“Hurricane” Wilson can’t find enough days in the week to keep up with
the demand of trying to be everywhere. The road beckons, and it
currently has him doing between 250 and 300 gigs a year, with no
relief in sight.
Wilson has jammed with Roy Buchanan, Stevie Ray Vaughn, Albert
Collins, 38 Special, Charlie Musselwhite and James & Lucky Peterson,
and has done shows with B.B. King, John Mayall, Roomful of Blues,
Delbert McClinton, Savoy Brown, Spirit, Dickey Betts, Marshall Tucker,
and Edgar Winter, just to name a few.
Eric King, owner of internationally known Atlanta blues club Blind
Willies, and president of True Blue Productions, predicts that Roger
“Hurricane” Wilson is the next Atlanta blues artist to break
nationally.
Just come on in to The Parrot and see if you can weather these
Hurricane Blues. The Green Parrot Bar is your Southernmost Center
for Blues Culture at the corner of Whitehead and Southard Streets.
For additional information call The Green Parrot at 294-6133 . 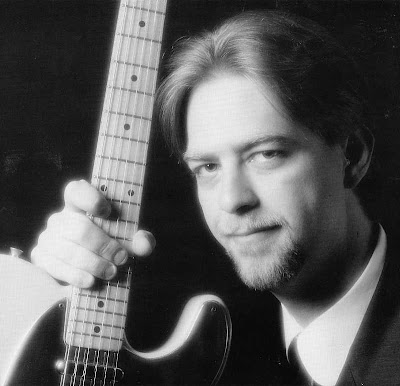 Motor CityJosh, who had Parrot fans swinging from the rafters at his
last Parrot show brings his
barn-burning, take-no-prisoners approach to Blues/Rock back to The Parrot
stage on Monday, February 18th , beginning at 10
0’clock, including special 5:30 P.M. “soundchecks” on monday afternoon..
Obviously from Detroit, but relocated to Atlanta, Josh has been
tearing up the Southern Blues scene for some time with his funky blues
and charismatic stage presence and has opened for the great Buddy Guy,
his original inspiration at age 12. Josh was also a member or Robert
Junior Lockwood’s band.
Never one to hide his light under a bushel, Josh declared as he
ascended the Parrot stage for the first time last year that Parrot
patrons were about to hear the best music that they had ever heard
there. Come find out for yourself.
The Green Parrot Bar is your Southernmost Center for Culture, at the
corner of Whitehead and Southard Streets.
For additional information call The Green Parrot at 294-6133.

Larry Garner Fee-eels The Blues at the Green Parrot 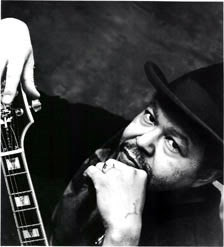 Baton Rouge super-bluesman Larry Garnerwill churns out the Blues at The Green Parrot, Tuesday and Wednesday night, February 19yh and 20th, beginning at beginning at 10 PM with a special 5:30 PM “soundcheck” at 5:30 PM on Wednesday afternoon..
Larry Garner is a 5-time Handy nominee, has appeared on the cover of Living Blues magazine, and has won B.B. King’s Lucille Award. Garner’s performance is riveting, and he’s a true man of the Louisiana “Devil Music.”
The Green Parrot Bar, your Southernmost Center for Culture, at the corner of Whitehead and Southard Streets.
For additional information call The Green Parrot at 294-6133.