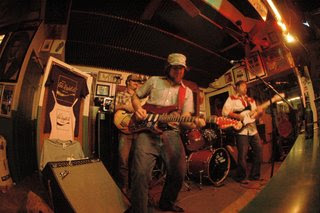 Eric Lindell Brings Blue-eyed Soul and Romping New Orleans R & B to The Parrot
Fresh from his appearance on Late Night with Conan O’Brian, the smoldering California-born, New Orleans-schooled R & B singer/songwriter Eric Lindell brings
his blue-eyed soul, blues and boogie back to the Parrot stage for two funky, rootsy
nights Thursday and Friday, April 3rd and 4th beginning at 10 PM
including a 5:30 P.M “soundcheck” on Friday afternoon.
With his cliche-free, hook-filled songs and his dive-bar credibility, Lindell has
taken the talent-heavy New Orleans club scene by storm and his new Alligator Records
release of “Low On Cash, Rich In Love,” seems ready to launch Lindell
into the musical mainstream.
The New Orleans Times Picayune says, “with ” Low On Cash, Rich In Love,”
Eric Lindell has arrived.
Described by Jazz news as “extraordinary, original artist who is just
getting ready to explode.”, Lindell is a roots rocker with
dozens of original songs that combine soul-shaking rhythm & blues,
reggae grooves and Louisiana swamp pop.
Offbeat magazine nominated him for best emerging artist and
best R & B blues act, and listed him as one of the top acts to see at
last years Jazz festival. The New Orleans Times Picayune said
“Lindell.…recalls Van Morrison in his more sublime moments of
blue-eyed soul, blues and boogie…”.
His combination of sweet, blue-eyed soul with foot-stomping R&B,
have won him critical and popular acclaim across the country via a half-dozen independent releases and countless nights in small clubs.
Don’t miss this rising star at The Green Parrot, your
Southermost Center for Blues Culture at the corner of Southard and
Whitehead Streets. For more information call The Green Parrot at 294-6133. 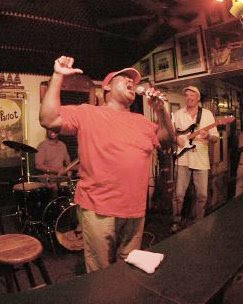 Key West’s own King of Soul, Robert Albury appears this Saturday, April 5th at The Green Parrot Bar beginning at 10 PM.
Robert makes you feel thankful for his own energetic style of
soul music, guaranteed to keep you dancing and singing along all night
long.
Get on the good foot this Friday at The Green Parrot Bar,
your Southernmost Center for Culture at the corner of Whitehead and
Southard Streets.
For additional information call The Green Parrot at 294-6133. 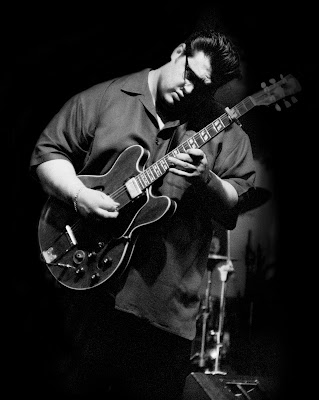 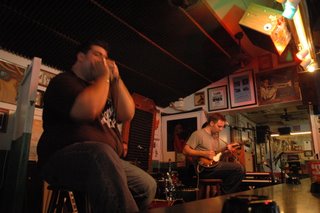 A long-time hand in the Chicago Blues scene and a favorite with Parrot
patrons, Moss has been soaking up and playing it up in the wondrous
world of nightly music in the windy city. Promoting his new CD,
Count Your Blessings, we find Moss blessed with the help of many of
Chicago’s finest on this CD. Anson Funderburgh, Sam Myers, and Curtis
Salgado are just a few who lend a hand.

The Green Parrot Bar, your Southernmost Center for Culture, at the
corner of Whitehead and Southard Streets.
For additional information call The Green Parrot at 294-6133

CaffeineCarl Does Sunday “Super Soundcheck” at The Parrot 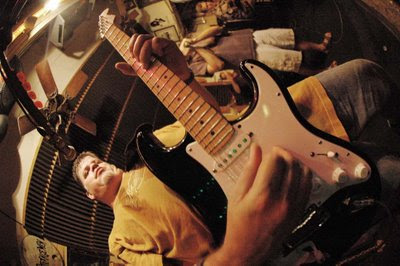 Always a favorite on the Green Parrot stage, Caffeine Carl and
The Buzz will play a special 3 hour “Super Sound Check” Sunday afternoon April 6th,
from 5:30-8:30 P.M.
Carl and his band have been creating their own buzz on the local music
scene, leaving fans all over the island begging for more. Don’t miss
this chance to hear the scorching blues and
hard-driving rock of Caffeine Carl and The Buzz this Sunday at The
Green Parrot Bar, your Southernmost Center for Culture, at the corner
of Whitehead and Southard Streets.
For additional information call The Green Parrot at 294-6133.