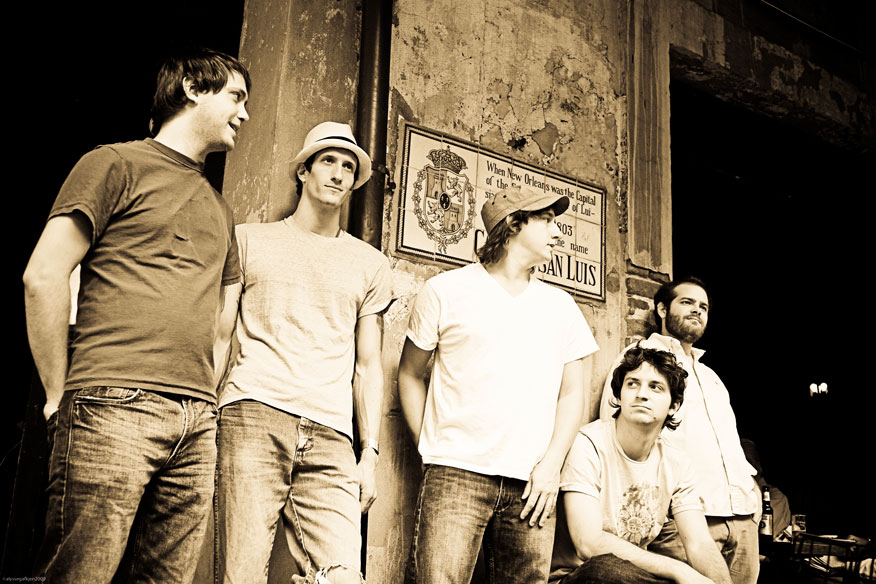 The Revivalists bring their ‘brilliantivity’ to The Parrot

The Revivalists brings its unbeatable combo of danceable rock, soulful songwriting and brilliantivity—brilliance in creativity—to The Green Parrot

Formed in 2007, The Revivalists have become one of the best young bands in New Orleans’ competitive musical landscape and an instrumental player in the city’s burgeoning indie rock scene. It consists of David Shaw on vocals and guitar; Rob Ingraham, vocals and tenor sax; George Gekas, bass; Ed “Steel” Williams, pedal steel; Andrew Campanelli, drums; and Zack Feinberg on guitar.

In a short time, they’ve moved from low-profile local gigs to touring and developing a loyal fan base at home, the Gulf Coast region and nationally, and being featured onRollingStone.com for their unforgettable 2010 New Orleans Jazz and Heritage Festival performance.

Their first humble 5-song, self-titled LP was listed as an editor’s pick in the Jam Band and American Traditional Rock categories on CDBaby.com. Their second release, Vital Signs, is their first full length album and was recorded with the guidance of Grammy Award-winning producer Chris Finney, whose resumé ranges from Dr. John to R.E.M. Soon after its release, Vital Signs was the top-selling album on CDBaby in the American Traditional Rock category and was featured in their newsletter.

The Green Parrot Bar is your Southernmost Center for Culture of All Kinds at the corner of Whitehead and Southard streets. For additional information, call The Green Parrot at 305-294-6133.