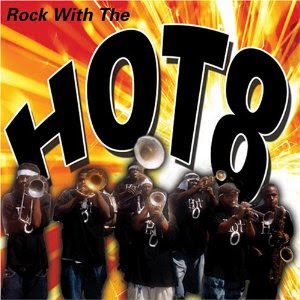 “Put on your dancing shoes and break out the fire hoses, kids….Hot 8 is in the house! The underground legends, the band the kicks off every Mardi Gras Day leading the Zulu Parade, the NEW undisputed Brass Band Champions, and the only band that requires a fire engine at every performance, is back at The Parrot!” 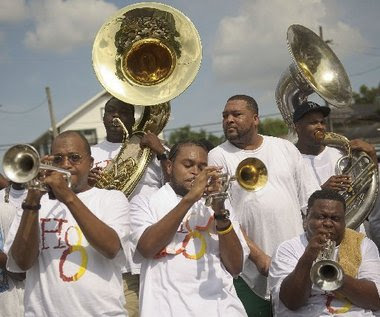 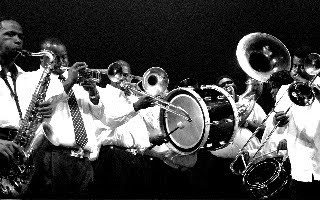 New Orleans’ own Hot 8 Brass Band has epitomized New Orleans street music for over a decade. Founded by Bennie Pete, Jerome Jones, and Harry Cook in 1995, the band plays the traditional Second Line parades, hosted each Sunday afternoon by Social Aid and Pleasure Clubs, infusing their performances with the funk and energy that makes New Orleans music loved around the world. The members of the Hot 8 Brass Band were born and raised in New Orleans and many began playing together in high school. What makes the Hot 8 so special are the sounds they coax from their well-loved, well-worn horns. An evening with the Hot 8 is like no other. 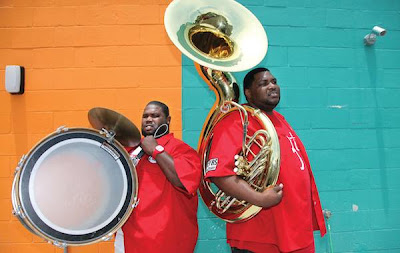 Bennie Pete, the tuba-playing leader of the Hot 8, couldn’t fit the first season’s shooting schedule into the band’s calendar. But the act appears in four of the first eight episodes of season two. Separately, band trumpeter Terrell Batiste has become a fixture on the show.