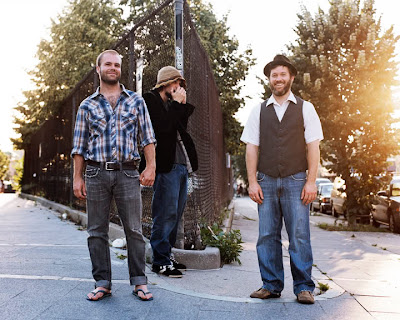 Minnesota’s The Hobo Nephews of Uncle Frank will appear at The Green Parrot Bar on Thursday, October 1st with shows at 5:30 and 10 P.M.

Playing Americana that’s at times raucous, a Minnesota-bred blend of The Band and Avett Bros, The Alexy brothers, Ian and Teague, grew up in the New Jersey shore town of Somers Point – the town where Bob Dylan hired The Band before the brothers  were born.  A (dare we say, simple) twist of fate brought them to Dylan’s hometown of Duluth, Minnesota where they started the band as a duo in 2005 with a revolving cast of roots musicians helping them celebrate their original songs alongside inspired renditions of Woody Guthrie,  Leadbelly, Mississippi John Hurt  Muddy Waters, Hank Williams and Sonny Boy Williamson.
Simply talented beyond their  years, with backwoods melodies driven by chain-gang-workin’-on-the-railroad rhythms, the brothers Alexy excel at channeling that old-timey mono-radio sensation into their modern music.

With a heavy dose of Dylan and “American Beauty”-fied Dead, fans of roots music are in for  a treat.

Not a cheap imitation of folk-rock legends nor  the messiahs of a musical revolution, they are of the same breed of songwriters that put folk on the map.

Genre-busters of epic proportions,  The Hobo Nephews have been called “the new kings of Highway 61.”

The Green Parrot is your Southernmost center for Culture of All kinds located at the corner of Southard nd Whitehead Sts. For more information call 294-6133