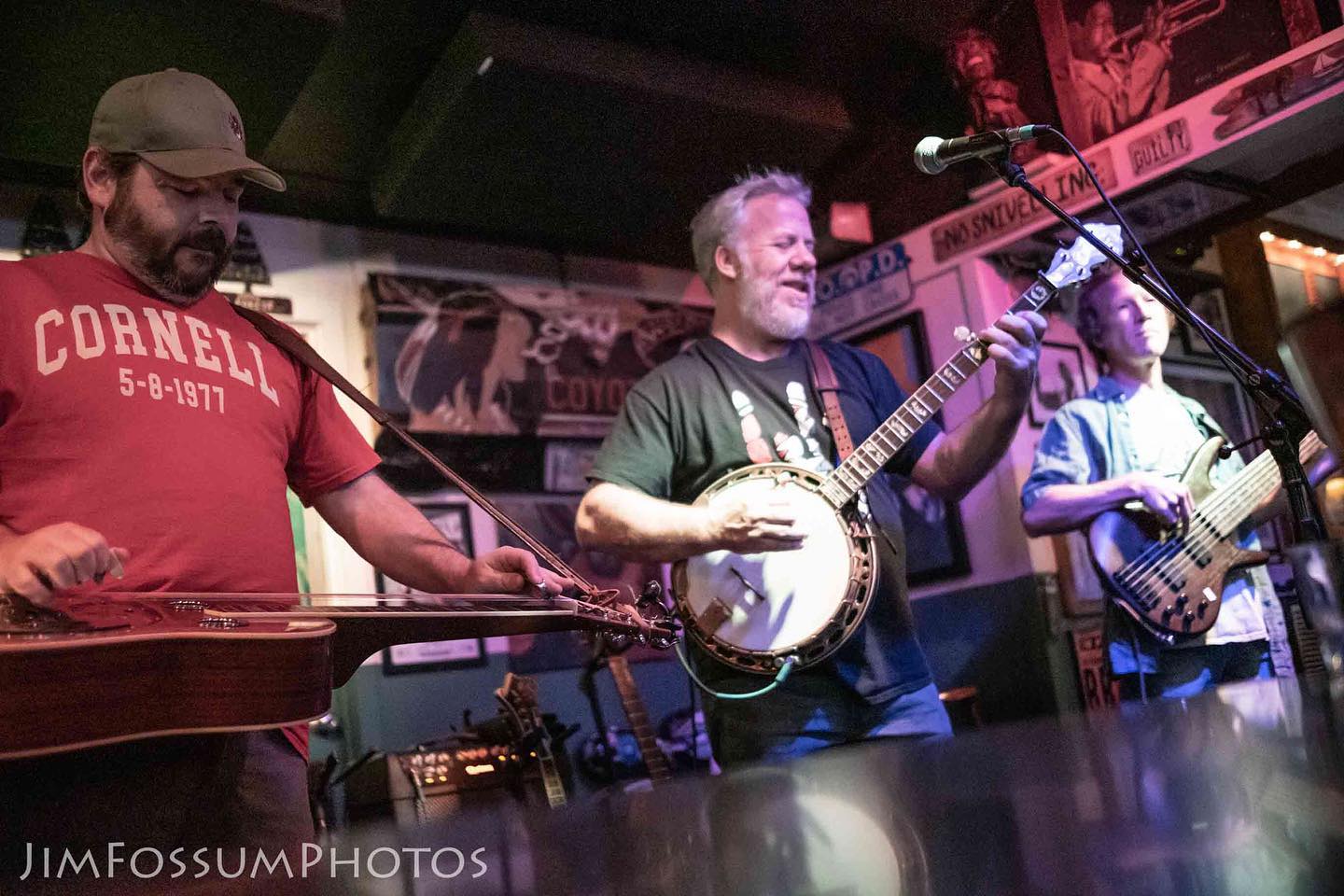 The Grass Is Dead, a bluegrass combo paying homage to the music and cultural legacy of The Grateful Dead, makes their Green Parrot debut on Wednesday and Thursday,  January 15th and 16th, with shows at 5:30, 9:00, and 11:00.
An homage to roots music in general and the songs of the Dead and Jerry Garcia specifically,  Grass is Dead was formed in 1998 by Billy Gilmore and members of South Florida Grateful Dead cover band Crazy Fingers. Arguably America’s first folk rock band the Dead’s music is a gold mine for string bands  and Grass Is Dead have established themselves as premiere purveyors of this rich tradition of Americana music. Pulling from such diverse influences as Bill Monroe, Earl Scruggs, John Hartford, Allman Brothers Band, Pink Floyd and so many others, The Grass Is Dead More than merely paying tribute to the Dead, these hot pickers have been seamlessly weaving bluegrass, blues, rock and funk into a unique sonic experience. The Grass Is Dead aggressively touring nationally while sharing the stage with such great acts as David Grisman, Del McCoury, Greensky Bluegrass, Leftover Salmon, Billy Strings, Peter Rowan, Donna The Buffalo, Jon Stickley Trio, Town Mountain and many more.

“The Grass Is Dead allows me to play both traditional and Dead-like vibes on their show. It’s great energy and intent and we know a million tunes between us. They really play bluegrass, yet they also are Deadheads. Their music is not just rock spiced up with bluegrass instruments. They have well-thought-out arrangements that draw on bluegrass but are accepted by even the most hardcore Dead fan. I never feel like I’m playing in a Grateful Dead cover band when I’m with them. Because of their intention and the way they put the songs together, it’s a real tribute to both bluegrass music and the Grateful Dead at the same time.”