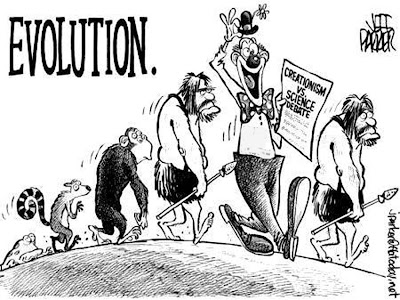 We thank Nan Klingener (and at the same time formally invite her to contribute anytime the spirit moves) for forwarding this Miami Herald story describing an emotionally-charged State School Board meeting held in Orlando on Monday.
Our hats are off to our own Dr. Debra Walker of the Monroe County School Board, who took the time to drive to Orlando and represent us at The Florida Department of Education’s final public hearing on new science standards that for the first time will require evolution to be taught in the state’s public schools.
Her voice of reason supporting the new standards was too strong to deny, stating that, “the current ‘political meltdown over Darwinian theory’ was proof that too many people had received a poor-quality science education. She noted that the school districts with some of the lowest science scores on the Florida Comprehensive Assessment Test were the ones complaining loudest about the new standards. ‘Do we want these boards setting science policy in Florida? I think not.'”

‘Ignorance more frequently begets confidence than does knowledge: it is those who know little, not those who know much, who so positively assert that this or that problem will never be solved by science.” -Charles Darwin