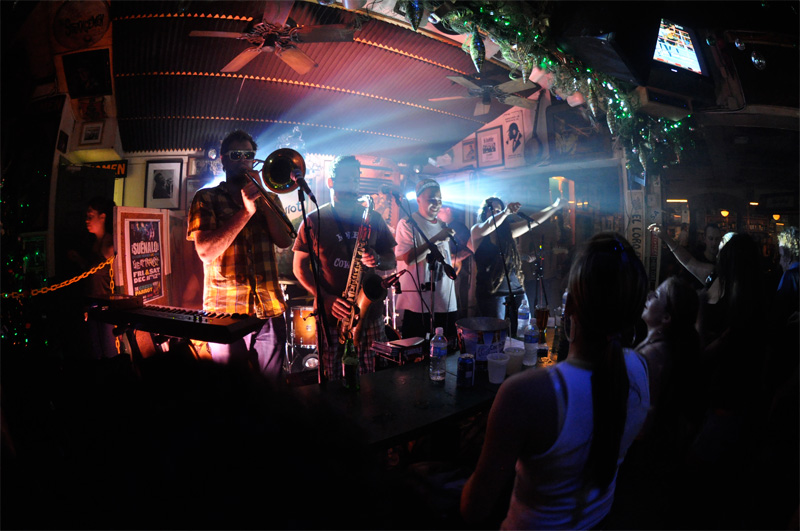 The group’s members form a multicultural cocktail, a crashing wave of African beats, reggae, dancehall, and samba that make Suenalo one of the most eclectic bands to emerge from Miami in years. Formed in 2002 in the vibrant neighborhood of Little Havana, Suénalo has won legions of loyal fans and recently garnered Best Local Latin Rock Band honors from the Miami New Times, where they were dubbed as the source of Miami’s best new spin on rock, Latin or otherwise.