I was puttering around the uke online universe when I spotted this great historic breakdown of the uke on the San Diego Union-Tribune website. It was a bit buried among things and easy to miss, so I thought I’d re-produce it here for your ease of reading. All credit goes to them. 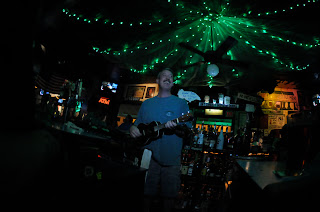 1879: After hearing a visiting Portuguese sailor in Honolulu play a four-stringed instrument called a machete, Hawaiians adopt it as their own and re-name it the ukulele.

1915: A ukulele-fueled Hawaiian music craze is sparked on the mainland, after the instrument is showcased at the Hawaiian Pavilion at the 1915 Panama Pacific International Exposition in San Francisco.

1929-1939: Sales of ukuleles, which cost little to make or buy, soar anew during the Great Depression. At least one major company, Martin Guitars, survives through its ukulele sales.

1932: George Formby becomes a household name in the United Kingdom with his hit record, “Chinese Blues.” It featured the syncopated ukulele style that would be the radio and film star’s trademark until his death in 1961.

1950: Arthur Godfrey’s use of a ukulele on his nationally broadcast TV and radio shows leads to the sale of millions of plastic ukuleles. They are marketed under the name the Islander.

1969: Tiny Tim scores a Top 20 U.S. hit with his ukulele-driven version of “Tip-Toe Thru’ The Tulips With Me,” a song first popularized in 1929 at the start of the Great Depression.

1975: The Who’s 1975 album, “The Who By Numbers,” includes “Blue Red and Grey,” a song featuring Who guitarist Pete Townshend on ukulele. “That song always stuck with me, because it seemed to legitimize the (ukulele),” says Pearl Jam singer Eddie Vedder. “This wasn’t a souvenir song, a tourist song, which is what the ukulele at some point (had) mutated into… That (song) made it feel like, no question, it was a legitimate instrument and you could write music on it.”

1985: The Ukulele Orchestra of Great Britain sells out its first concert. The ensemble has since performed around the world, including dates at New York’s Carnegie Hall and London’s Royal Albert Hall. Yusuf Islam (the former Cat Stevens) is a fan and musical collaborator.

2002: “Concert for George,” an all-star tribute to deceased Beatle George Harrison, concludes with Joe Brown’s ukulele-and-voice version of the 1924 song “I’ll See You In My Dreams.” The resulting film and DVD spur renewed interest in the ukulele at the 2003 National Association of Music Merchants convention in Anaheim.

2004: Award-winning San Diego singer-songwriter Gregory Page releases “Happy Herman & His Uke,” an all-ukulele album. His new album, the Jason Mraz-produced “Once and For All,” features Page’s ukulele-led version of “I’ll See You in My Dreams.”

2009: A new Guiness Book of World Records mark is set when 851 ukulele players in London perform together on street in London, England.

2010: The rock band Train scores a comeback hit with “Hey, Soul Sister,” a ukulele-intensive song that this year earned the group a Grammy Award.

So, was anything missing? Anything you’d like to add?