Evan Haskell, still cresting from being named The Citizen of The Day back in April, spearheads The Flakes return to the Parrot on Sunday. 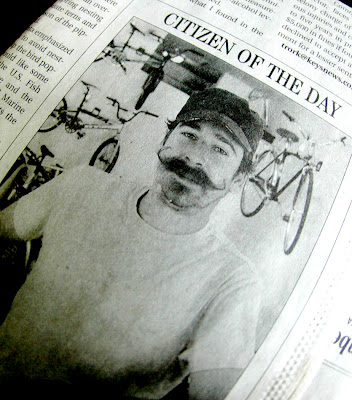 The Flakes will appear at The Green Parrot’s 3-hour “Super
Soundcheck” on Sunday afternoon, June 22nd beginning at 5:30 PM.
Making their sophomore Green Parrot appearance, The Flakes are:
Cayman Smith-Martin on rhythm guitar and lead vocals, Josh Lowe on
lead guitar and backup vocals, Paul Sullivan on bass, and Evan Haskell
on drums and backup vocals.
With a sound generated right here in the keys, the Flakes play an
eclectic mix of reggae and classic favorites.
By way of announcing their Parrot show the Flakes say: “so show up,
cause we might be there…”
The Green Parrot Bar is your Southernmost Center for Keys Culture
Culture of All Kinds, at the corner
of Whitehead and Southard Streets.