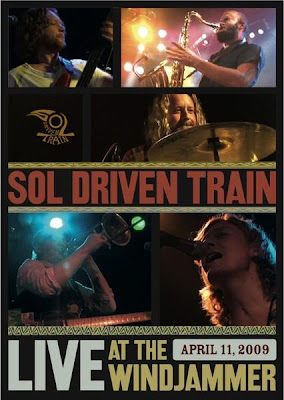 It’s not easy being in a touring group. Non-stop travel does most bands in within a few short years or sometimes months. Constantly coming up with new material and recording and releasing new albums takes its toll and many are just not up to the grind of immersion in music and the music business on a 24/7 basis.

Then there is Sol Driven Train, who once described itself as a five-headed musical behemoth- a big,bold, brave comparision which is not only apt but completely accurate. 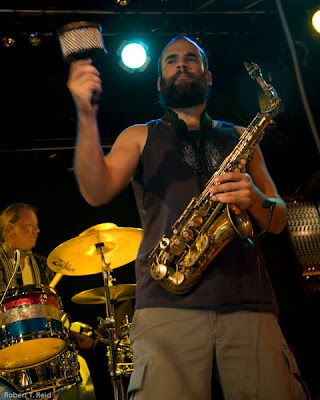 “We celebrated ten years as a band in 2010 and performed our 1,000th live show.” marveled band leader Joel Timmons in a recent interview from Camp Victory, the band’s temporary digs on St Croix during their current Virgin Islands tour. “We released Believe and it was chosen Home Grown Music Networks record of the year by popular vote. Believe landed at number 22 on WNCW’s Best Albums of 2010. We toured non-stop all over the nation.”

“And we still love our job and each other!” Timmons added, proving that Sol Driven Train has indeed carved a perfect path for themselves and the music they make. 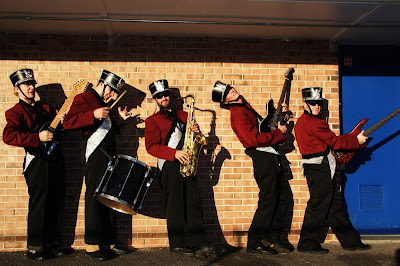 2011 will find Sol Driven Train where they always are; on the road, writing and recording a new batch of tunes. They plan to be in the studio in March to begin recording a full length new CD.

“When we get home, we have a little time to say hello to Charleston before heading out again.” said Timmons. “This time, we’ll be leaving The Original (the band’s tour vehicle) parked, and riding out to Florida in The Firefly Sweet Tea Vodka RV. Firefly is one of our sponsors and the tour is called Sol Driven Train “On the Fly,” and we’ll be spreading our music and the word about our delicious sponsor all the way down to the Keys.”

Here’s to another ten years plus, Sol Driven Train. You are a remarkable band of brothers.