“If  you screwed a jukebox to a choo-choo train powered by a nuclear reactor and gave it a guitar, you’d have some idea of Sleepy LaBeef.” 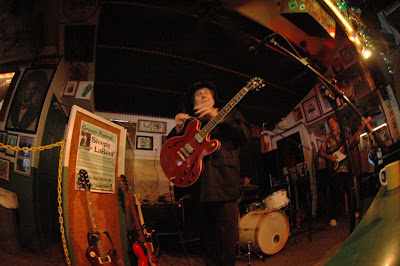 Titled “the rockabilly iron man”, so begins Joe R. Lansdale’s profile of Sleepy LaBeef in The Oxford American,  an American quarterly literary magazine that features writing and art from Southerners or about the South. New to their Annual Music Issue is the  “state series”,  spotlighting the talents, past and present, of each Southern commonwealth, beginning this year with Arkansas.
Born in 1935 in Smackover, Arkansas, Sleepy  deservedly made the Oxford American list of Arkansas Masters. 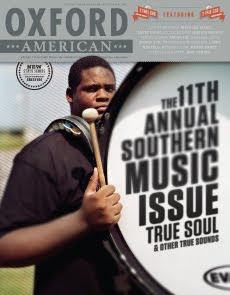 Above is the cover of the current issue.For those who are not familiar with the periodical it’s certainly worth a look.

“The Oxford American may be the liveliest literary magazine in America, and 2007 will bring its 9th annual ‘Southern music’ issue. The CDs are so smart and eclectic they probably belong in the Smithsonian”
—The New York Times 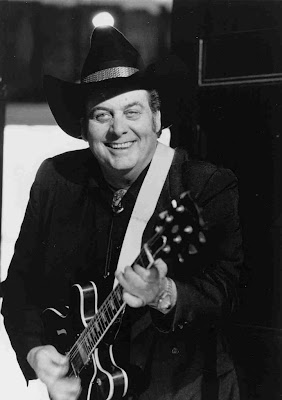 A  unique and powerful performer, Sleepy’s more or less annual visits to The Green Parrot have become high-water marks on our cultural calendar. Coined “the human juke box” for his eclectic and encyclopediac sets, his Parrot performances leave both patrons and even members of his own band shaking their heads in disbelief as, without so much as a set-list, he flies seamlessly through song after song, plucked non-stop from the obscure reaches of his legendary 6,000-plus song catalog.  He is a repository of the hillbilly, boogie and blues styles that form the canon of rock and roll. Sleepy can hit those basso profundo low notes like no one else except maybe Johnny Cash and Bobby Nunn from the Coasters. So when he tells you to have a good time, he isn’t just urging you. That’s a command to get down.
The New York Times has said “Mr. LaBeef is a living, breathing guitar-picking history of American music…he constitites a natiional treasure”.
The Chicago Tribune said, “…eclectic and encyclopedia sets…fluid guitar and subterranean rockabilly baritone…a set with LaBeef is an American musical education that shows he remains an original and a contender.” 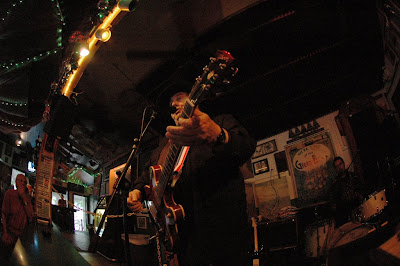 For half a century Sleepy LaBeef has lived his life on stages, in honky-tonks, and on the road.
He has released records in six different decades has shared bills with practically every great in music history: Elvis Presley, George Jones, Roy Orbison, Wanda Jackson, Carl Perkins, has numbered in his band over five hundred people (including the likes of Doug Kershaw, Kenny Rogers, Glen Campbell, D.J. Fontana, and Grady Martin), and has been an admitted influence to such a variety of people as Brian Setzer, Bruce Springsteen, and the Beatles. 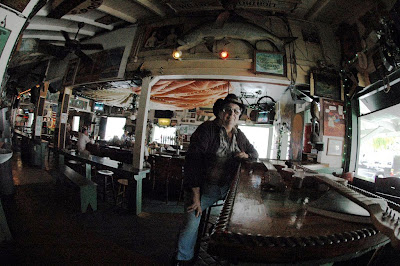 Arguably the world’s greatest living roots legend, Sleepy is as modest as he is ablaze, and he seems unaware that he is the inspiration to three generations of roots music lovers. “Ah, I’m just out there havin’ fun”, he says in his deep humble Arkansas drawl. 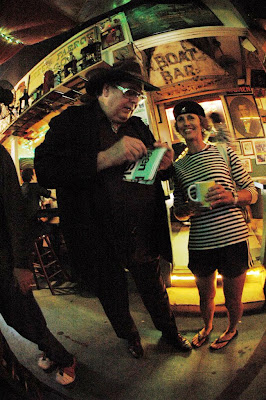 Sleepy with one of his many fans at The Parrot. 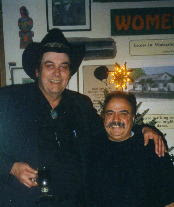