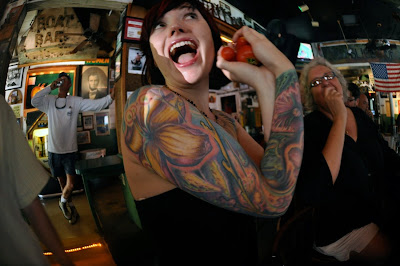 Here’s a shot from the last time the Sailor Jerry gang paid us a visit here at The Parrot. We’re not sure what to expect when they show up this Friday night but we do know how they’re getting here..
In this Sailor Jerry vintage airstream trailer 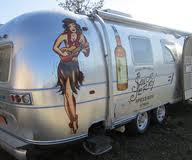 The Sailor Jerry Airstream Trailer will be stopping at Green Parrot, Friday, September 23rd between between 9:30 and 11:30, stop out to check out the trailer for a classic vintage experience, hang out with the Sailor Jerry girls,listen to Locos por Juana, and have some Awsome Sailor Jerry Rum Cocktails 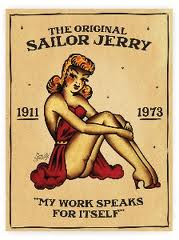 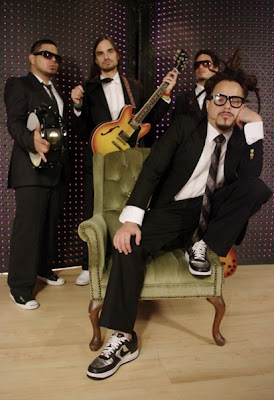 Nominated in 2009 in the Grammy category of Best Latin Rock or Alternative album for their album La Verdad,Locos por Juana has finally gotten their due from the awards gods.

What makes their sound work is their wild energy; they hurl themselves into their music with such passion and excitement that they pull you along with them. Billboard Magazine tagged their album one of this year’s Hot Picks.

With strong ties to Suenalo and the Spam Allstars, two other Miami groups well known to Parrot patrons for past steamy performances, Locos por Juana is something only Miami could cook up, creating a sound that reflects the diverse mixture of cultures and genres that Miami has to offer. The result is a highly
charged mix of rhythms irresistible to dancers. 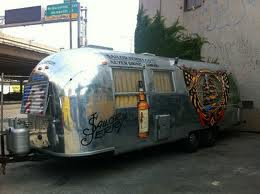 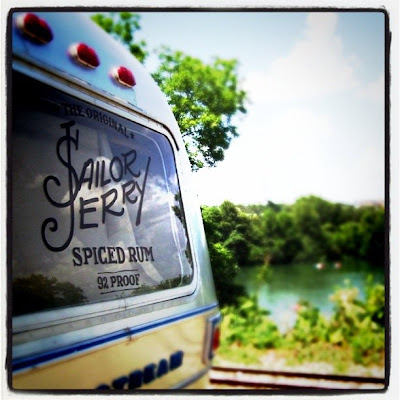