Here’s a note I got from Graham Drout of IKO IKO just a few minutes ago. I’m sure he’d like to share his thoughts. 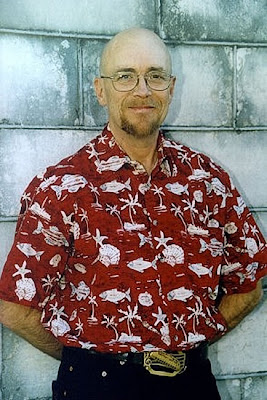 Rest In Peace, Pat Ramsey:
Pat Ramsey passed away November 17, 2008, at 3:11 pm, ET. Considered by many to be the greatest of the Rock ‘n’ Roll harp players, Ramsey fought a long hard battle with Hepatitis C.

Since his work with Johnny Winter in the late 1970s, on Winter’s White Hot & Blue CD Pat Ramsey had been playing and touring for the last 20 some years. His hot harmonica was matched only by his powerhouse vocals. Not too many could sing the Blues without trying to sound like someone else. Pat Ramsey was one of those few.

Next week BluesWax will be holding our own tribute to the master harp player Pat Ramsey. Our thoughts and prayers go out to his family, friends, and fans.

I met Pat Ramsey one Tuesday night at Sloppy Joes in Key West Back in 1980. We had heard that his band, Cross Cut Saw from Tallahassee, Florida was one kick ass group and well worth the drive from Miami. John Wenzel, Bob Hemphill and I drove four hours to see them. Pat had this very young guitar player named Julien Kasper ( who joined IKO IKO in 1989 for a two year run.) And we have been friends ever since.

The next time we saw Pat was up in Tallahassee two years later when we all played a show at the Leon County Auditirium with B.B. King and Bobby Bland. Pat planned a pic-nic in our honor.

Larry Williams told a story about a very young teen ager knocking on his hotel room door in Denver, Colorado back in 1972 looking to meet James Harman and learn some harmonica moves. James and larry invited him in and spent the afternoon playing and hanging out with Pat Ramsey. Pat wasn’t old enough to get in the bar but he could hang out side and hear the band.

Pat played at Tobacco Road a number of times over the years and we would cross paths all across Florida from Pensicola to Key West. He was a great artist, performer, singer, friend and human being.

We will all miss him very much.