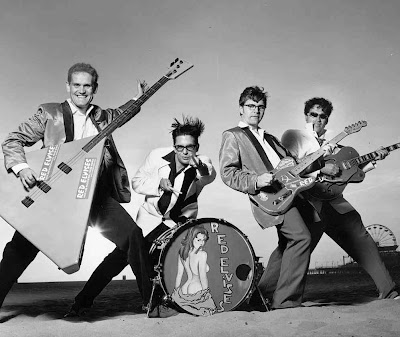 Famed Siberian surf rockers The Red Elvises roar back into The Parrot for a two-day stand Tuesday and Wednesday, June 5 and 6th including a pelvis-grinding 5:30 P.M. “soundcheck” on Wednesday.

..Since their last visit.the Red Elvises have expanded their sound — and their lineup. “We’ve got two girls in the band now,” lead singer/guitarist Igor Yuzov tell us, “One is playing accordion and one is playing guitar and banjo.”
VH1 produced a documentary about the band and they’ve appeared in four
feature movies.The Green Parrot Bar is the Southernmost Center for Culture, at the
corner of Southard and Whitehead Streets, and at www. greenparrot.
com. For additional information call 294-6133.