Here’s Kenny visiting Eric Bissel at the general store that Eric has established with his wife Terri in Carson, New Mexico, just outside of Taos. Eric and terri were both former Parrot bartenders who lived right next door to the bar before heading out for new adventures in Taos and Bocas del Toro, Panama. A close look shows that Kenny is presenting Eric with a “One Human (Humid) Family sticker. 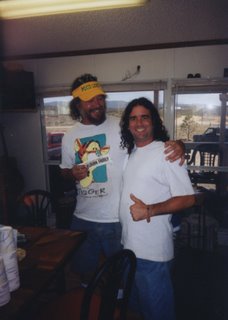 A view of the store from the highway. Kenny says it’s like a smaller version of The Waterfront Market (sans waterfront, obviously) featuring staples, organic vegetables, gourmet foods, a deli, and pizza on weekends.
He better put his green chile with pork on the menu,because even in the land of green chile with pork it’s a killer recipe.
As for his rum-spiked watermelon, maybe keep it of the chalkboard, but most certainly under the counter. 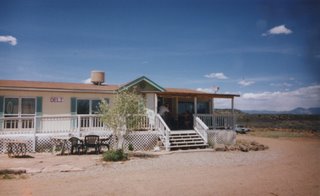 For those that forget Eric’s mug. This was his last night on the job I believe. 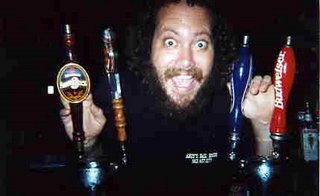