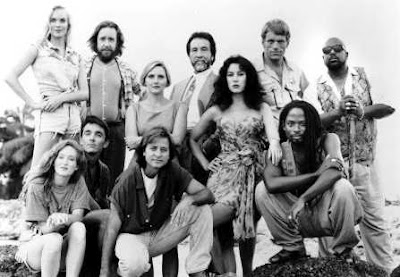 Being the repository of Key West Cultural History that it is, The Green Parrot Bar will begin airing on its big screen episodes of Key West, The TV series, the snake-bittten 1993 hour-long television comedy-drama set right here in our Island City and aired on Fox between January and June 1993.

The screenings will begin on Tuesday, August 25th at 8 PM and will
continue every Tuesday until either all episodes have been viewed or
Parrot patrons have had enough. 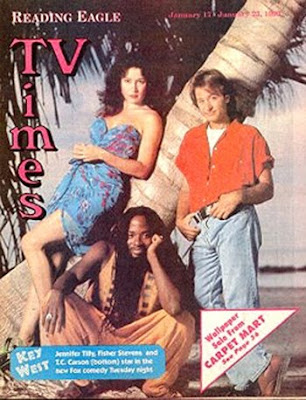 Living in Key West isn’t exactly like this series, but it sure is fun to take a look at your neighborhood and see what your friends looked like back in the day.

A great vehicle for a little time travel back to the early 90’s, the show used a lot of local people as extras, including Tom Luna, bagpiper Dennis Riley, Fred Cabanas, Capt. Finbar, Capt. Tony, Roofman from The Half Shell and even Yours Truly from the Green Parrot.

An effort is being made to contact those extras who have not been placed in the witness protection program and may still be around to come down to the Parrot for Tuesday night’s show.

Local reaction to the show was overwhelmingly negative – and rightly so, but we believe that the passing years have been kind to the short-lived series and have instilled the thirteen episodes with some kind of kitsch and so deserve another look.
And although it certainly wont be 4 shots of tequila for a dollar, in order to add to the the retro mood the Parrot will be rolling back prices on selected items during the viewing.

Following each weekly episode will a be a bigscreen showing of a  concert video, selections will be not unlike those on the Parrot jukebox: an eclectic mix of retro and contemporary music, some obscure, with an emphasis on blues /or and New Orleans funk. Think Govt. Mule meets George Porter jr.

The Green Parrot Bar is your Southernmost Center for Bad TV Culture of All Kinds, at the corner of Southard and Whitehead
Streets.
For more information, call 294-6133.