Being NORML’s 26th annual Key West Legal Seminar this week it seemed like a perfect opportunity to reprise this post from last year’s convention and resurrect this snapshot of our own Kenny at a national NORML convention a few years back and I guess I don’t have to tell you where he is or what he’s up to. 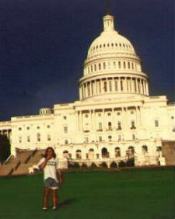 This year’s Seminar takes place  at the Pier House Resort and Caribbean Spa in downtown Key West and NORML invites everyone to join NORML’s staff and many of the nation’s top marijuana lawyers in one of the most ‘pot-friendly’ cities on the planet. (you coulda fooled me)

Topics to be covered at this year’s conference include: “Paraphernalia Issues: Best Business Practices for Retailers and Defending Against A Criminal Charge”;(a seminar that would probably be standing-room-only with Duval street retailers) “Using Experts In A Marijuana Case;” “Federal Sentencing and Mitigation;” and “How To Keep Your Client From Being Deported.”

And I’d like to add. that although the subject of our previous post on this blog, the discovery of a 2700 year-old secret stash of cannabis in some shaman’s Gobi Desert tomb, was indeed prescient on our part, and certainly the topic of much of the conversation at this weekeend’s convention , it was totally syncrhonistic (like wow man) to thie NORML gathering, which, even more eerily, mirror’s the anniversary of Jim Bean’s 26-year tenure as owner of our saloon.
I suppose our counterpart to their find, a Green Parrot archeological artifact from 1983, would be, long hidden by some clever hipster for later retrieval, dropped and then instantly forgotten, tucked behing some dusty bottles of Galiano or between the studs of some back wall, a four-finger, 30-dollar lid of Jamaican.