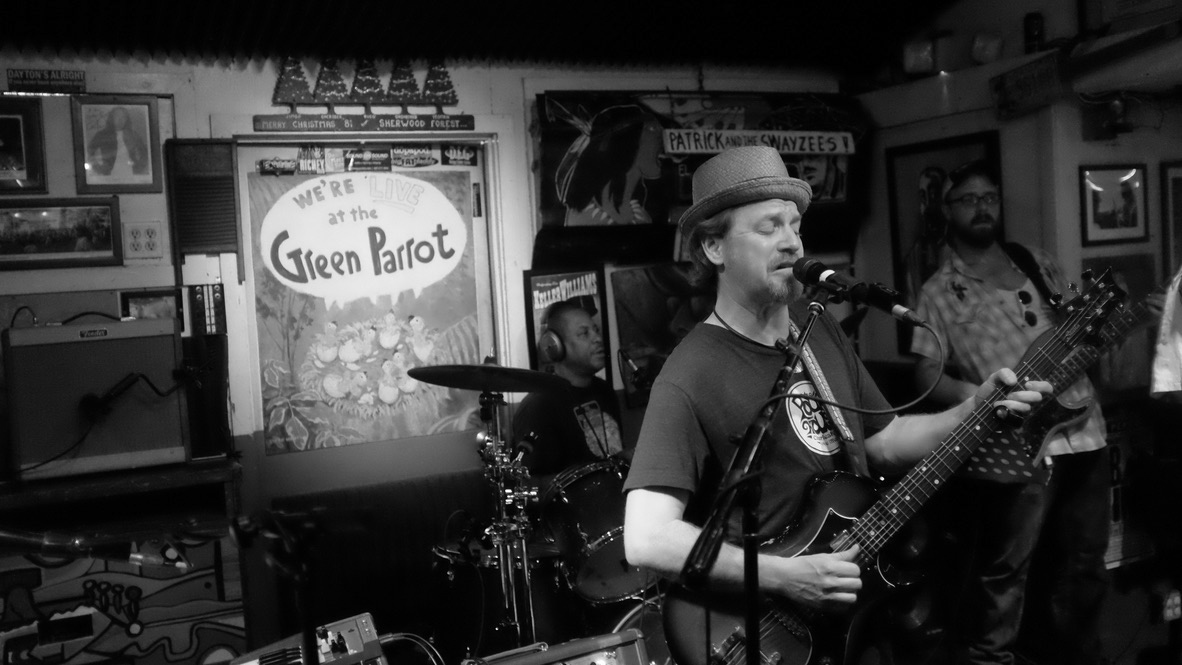 Comprised of musicians with experience and versatility that rival any other band that the New Orleans has ever produced, The New Orleans Suspects are poised to make their Green Parrot debut

It’s been said that the musicians of New Orleans are all members of one gigantic band that breaks up into smaller groups on a nightly basis. If this were really the case, The New Orleans Suspects would be in a class all their own. Their history is hard to escape, as their lineup represents three New Orleans institutions—the Neville Brothers, the Radiators and the Dirty Dozen Brass Band—plus a man who influenced them all, James Brown.

“Mean” Willie Green has been the drummer for the Neville Brothers band since the 1980s. His unique attack has defined funk drumming for a quarter of a century. Yet, he is not a one-dimensional player. His taste in music spans the gamut of modern rock styles and he is as comfortable driving the beat as he is holding down the groove.

Reggie Scanlan’s career has been defined by his thirty-three years playing bass in the Radiators, the longest running rock act in the history of New Orleans. But his resume is far deeper. As a young musician he played with blues musicians on the west coast chitlin circuit before returning to his hometown to back up legends like James Booker and Professor Longhair.

Jake Eckert is the sterling-toned lead guitarist in the Dirty Dozen Brass Band. Before joining the quintessential New Orleans funk/brass band, he honed his chops as part of the thriving southern rock scene in Atlanta, cutting his teeth with the likes of Derek Trucks and Col. Bruce Hampton. While living in Los Angeles, he played in the band New Soul Underground along with jazz great Larry Carlton. He has had a chance to perform with Warren Haynes, Dr. John, Allen Toussaint, & Dave Matthews to name a few.

CR Gruver is a classically trained pianist who was bitten by the bug known as New Orleans music after stints touring with nationally known bands such as Outformation and the Atlanta-based singer/songwriter Angie Aparo. Since moving to New Orleans he has immersed himself into the scene and has become a well-regarded sideman adept at James Booker-style piano machinations and the swelling B-3 stylings of Art Neville. Besides playing with many of the city’s local luminaries he also leads his own local band, Funkifry’d.

Jeff Watkins is the latest addition to the New Orleans Suspects, lending his mastery of jazz, funk, and soul saxophone tempered through a career featuring spending 12 years as the leader of James Brown’s band, playing as a core member of funk-rockers Groove Thangs, and a more recent tenure as producer, engineer, and performer with Joss Stone. Jeff has shared honors such as induction into the Rock & Roll Hall Of Fame and festival appearances from Montreaux to Woodstock to Bonaroo. He’s played all over the world, from South America to Europe to Asia and has been seen on Good Morning America, David Letterman, and other nationally televised TV shows.

Together these five musicians create music that is firmly rooted in the modern New Orleans sound with compelling originals and tasteful covers. The rhythm section of Scanlan and Green are as comfortable together as red beans and rice. Gruver tickles the ivories or soars into the stratosphere on the organ. Watkins provides stellar saxophone fills and solos with great aplomb. Eckert’s rhythm guitar work neatly complements his razor sharp solos.

Don’t miss this opportunity to see a bona fide cultural event at The Green Parrot Bar, Your Southernmost Center for Culture of all kinds