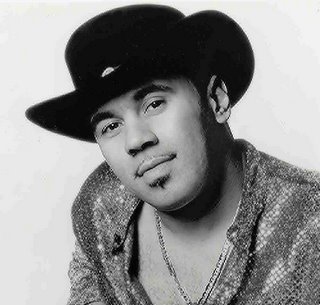 Ronnie Baker Brooks Returns to Fire up The Parrot with New Music Wednesday January 18 Ronnie Baker Brooks lands at The Green Parrot, where world-class hospitality and emphatically open-minded fans have created a haven for bands that routinely play larger rooms. Since his first appearance there in 2003, Ronnie has returned at least once a year to a packed house, a lively dance floor and an expanding circle of friends and fans. Arguably the country’s fastest rising star in contemporary or “next-generation” blues, Ronnie Baker Brooks explodes onto the Parrot stage at 10 PM on Wednesday January 18 with new tales to tell and new songs to sing.
After years of touring with his father, Chicago blues-guitar legend Lonnie Brooks, Ronnie Baker already had an impressive list of achievements to his credit when he debuted Golddigger, on his own Watchdog Records label in 1998. The response from music lovers around the world made it clear that Ronnie Baker Brooks’ solo career was begging to be launched. With his father’s blessing, he began to pursue the callings of his own muse full-time after one last New Years Eve show to ring in the new millennium.
The years since could serve as a blueprint for how an independent artist can buck the perceived monopoly of major record labels and major agencies, building their own legacy with self-determination, hard work and grass roots loyalty.
Ronnie’s second cd, Take Me Witcha, was released in 2001. By this time, he had created a major stir among the music community as a new kind of blues songsmith. He was writing scintillatingly youthful and urban compositions framed with pyrotechnic guitar work and the unbridled energy of a band more akin to rock and roll than anything else.
As touring opportunities increased, word spread about the charismatic young front man with a frenzied stage show. The phone rang with increasing frequency and soon the festival circuit opened wide. Ronnie found himself sharing stages with the likes of Aerosmith, BB King, The Black Crowes, Warren Haynes, Indigenous, Little Feat and Lynyrd Skynyrd to name a few.
As rumours buzz about the 2006 release date for the forthcoming cd, those in the Brooks’ camp who hear the new material acknowledge that we have only witnessed the infancy of Ronnie Baker Brooks’ very promising career.
Ronnie is a musical veteran with a young man’s hunger and passion, promising to electrify the already radioactive Green Parrot stage.
The Green Parrot Bar is on the corner of Southard and Whitehead Streets. For additional information call The Green Parrot at 294-6133 .