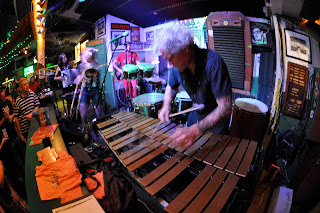 Those who saw Mike Dillon Saturday Night, I’m curious how you enjoyed the show. Comments, thoughts?

Mike Dillon, one of the most dynamic and multifaceted percussionists in the country, best known for his unforgettable live performances, unorthodox percussion rig and distinct original sound, brings his Rock/Funk quartet to The Green Parrot for one night only on Saturday, January 12th beginning at 10 PM.

After emerging in late 1980’s as the first to lead a rock/funk band as a vocalist and vibraphone player, contributing to its evolution by his use of effects, Dillon has become well-known for producing genre-bending music that transcends categorization.
Over the last 27 years, his creative song-writing and the repertoire of artists he has worked with – – on tour, stage or in the studio – – reveal his eclectic musical inspiration and skillful versatility. Artists such as: Les Claypool, Ani DiFranco, Polyphonic Spree, Brave Combo, Sex Mob, Galactic, Secret Chief’s 3, Karl Denson, Steven Bernstein, Charlie Hunter, James Singleton, George Porter Jr., Johnny Vidocavich and Bob Schneider. His individual projects include: Critter’s Buggin’, Garage A Trois, Billy Goat, MikeDillon’s Go-Go Jungle, Hairy Apes BMX, Malachy Papers, the Dead Kenny G’s, who regularly open for Primus, and his latest, The Mike Dillon Band.As a touring musician and prolific song-writer, Mike Dillon has continuously pushed his distinct sound in new and inventive directions. On stage, Dillon is a powerful force, with boundless energy that hails a punk rock/hardcore edge and the seamless ability to play multiple percussive instruments at once.
For nearly three decades, fans have been draw to Dillon’s organic style, creative musicianship and the way his music never fails to stir the crowd into a big dance party from start to finish. After taking a brief hiatus from solo projects, Dillon is back at the helm with his latest quartet, The Mike Dillon Band, which delivers a cache of his new songs, infuses fresh life into his classics, and features MikeDillon (vibraphone, percussion, lead vocals)keys and Moog bass player Doc Sharp, wild drummer and percussionist Radam G, and Carly Meyers (trombone, vocals), whose raw talent, enthusiasm and infectious dance moves have created quite a stir among music goers in the past year. 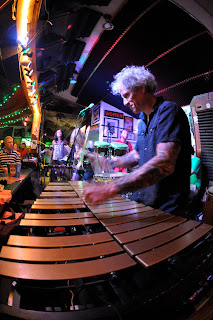 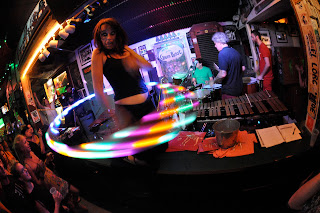 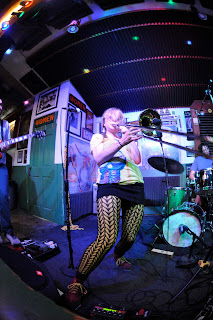