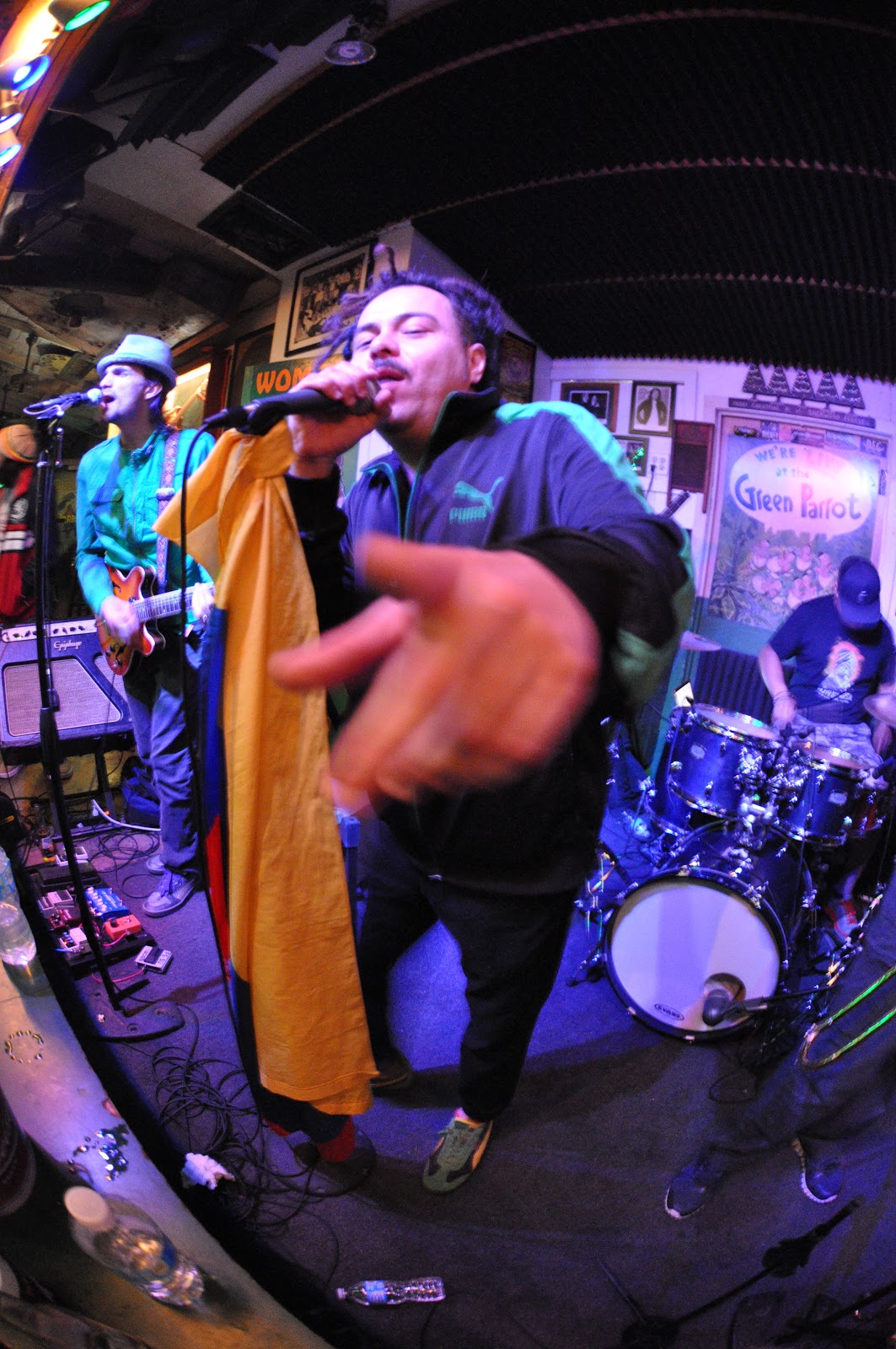 One of Miami’s favorite Latin-Rock-Cumbia band is Grammy-nominated Locos por Juana. Nominated in the Grammy category of Best Latin Rock or Alternative album for their album La Verdad, Locos por Juana has finally gotten its due from the awards gods. Locos for Juana, which roughly translates to ”Crazy About Jane”, delight in genre-crossing. With members hailing from Colombia, Venezuela, and Puerto Rico, the band mixes Ska, Rock, Salsa, Jamaican Dancehall, Cumbia, Reggae, Hip-Hop, Funk and Electronica — sometimes in one song.

With strong ties to Suenalo and the Spam Allstars, two other Miami groups well known to Parrot patrons for past steamy performances, Locos por Juana is something only Miami could cook up, creating a sound that reflects the diverse mixture of cultures and genres that Miami has to offer. The result is a highly charged mix of rhythms irresistible to dancers.