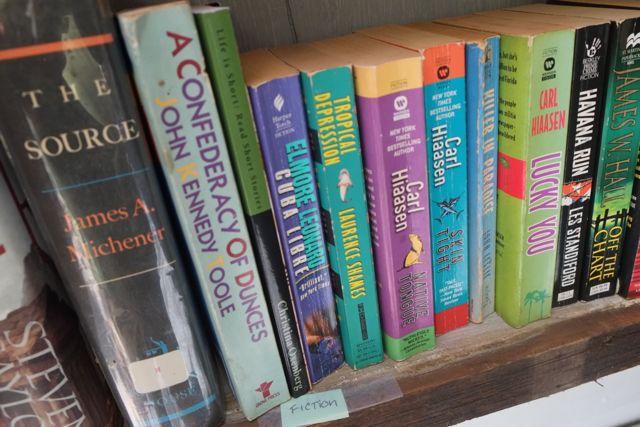 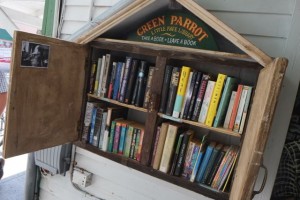 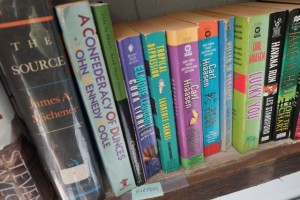 Curating our Little Free Library this morning with the the holiday weekend in mind, I thought I’d go a bit heavy on the beach-reads: mysteries and the like. Placing some emphasis on writers with a local connection.I came up with a handful , specifically: local author John Leslie, a few from ever-popular Carl Hiaasen, as well as Lawrence Shames and one of my favorites, Les Standiford.

For those planing on spending a good bit of time in the chaise I also included some Michener.

For those with a non-fiction bent I see we had a just-donated copy of Barbara Tuchman’s award-winning portrait of Europe before WW I, timely in that just last week we celebrated the 100th anniversary of the assassination of Archduke Ferdinand that kick-started the whole deal in Sarajevo.

For those non-fiction buffs ready to do a real deep-dive at the beach and not surface till Tuesday I suggest the Pulitzer prize finalist: Will of The World: How Shakespeare became Shakespeare by Stephen Greenblatt,

For those that may never even see the beach this weekend: Original Intent and Framers of the constitution Leonanrd Levy, or the timely Storm Center The Supreme Court in American Politics David M OBrien