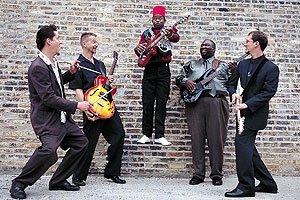 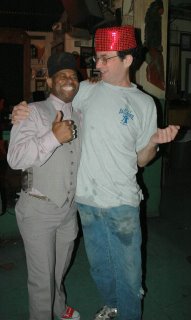 Just a note on whose coming in next week, no not just Pat…..
Here’s some press on Little Ed:
House Rockers Little Ed and The Blues Imperials Return to The Green Parrot
With smoking slide guitar runs, raw-boned Chicago shuffles and the deepest blues the five-foot-one-inch Lil’ Ed and his blistering road-tested band, The Blues Imperials return to The Green Parrot on Sunday and Monday, April 16th and17th beginning at 10 PM, with a special 5 P.M. “sound check” on Monday.
Between their wonderfully raucous music and Ed’s flying leaps, his duck-walking through the audience and his sliding across the stage on his knees, it’s no wonder The Boston Globe called Lil’ Ed and The Blues Imperials “the world’s #1 house rocking band…a party band in the best sense of the word, the hottest purveyors of bottleneck boogie to come out of Chicago since Hound Dog Taylor.”
Blue Revue magazine said of Williams”…ferocious slide guitar…the hottest electric blues around. Duck-walking, back-bending, mind blowing.”
The Chicago tribune agrees, “…Williams fills Chicago’s biggest shoes with more life and heat than anyone on stage today. Williams represents on of the few remaining authentic links to the raucous but pure Chicago blues.” The Green Parrot Bar is your Southernmost Center for Culture at the corner of Whitehead and Southard Streets.
For additional information call The Green Parrot at 294-6133.