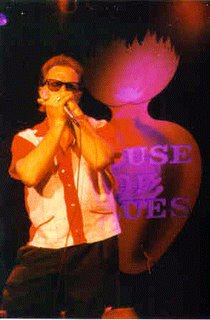 The Legendary Lamont Cranston Blues Band will at The Green Parrot Thursday and Friday, February 2nd and 3rd beginning at 10 PM.
The Minneapolis-based blues band has been at it since 1969 and after 14 CDs and countless show-stopping performances the band and band leader Pat “Lamont” Hayes are still going strong. Beside leading the Cranstons through all the years of popularity that they’ve enjoyed, Pat Hayes has toured with Bonnie Raitt on her 1990 Nick of Time tour and made history in 1996 as the first band to play the first note at the grand opening of Dan Aykroyd’s Chicago House of Blues.
In what is perhaps their finest testimonial, Elwood Blues, AKA Dan Aykroyd, has called the Lamont Cranston Blues Band “the premier band of the American Midwest, no one infects venues with the party virus quite like Pat Hayes and The Lamont Cranston Blues Band. They’ve always been my favorite.”
The Green Parrot is your Southernmost Center for Culture of every kind, and is located at the corner of Whitehead and Southard Streets. For additional information call The Green Parrot at 294-6133.