Since it’s Memorial Day I thought I would reprise a post from a few years back that describes The U.S Coast Guard Cutter Mohawk, newly arrived in Key West for display on the waterfront. There’s also a little sidebar in this blogpost that describes my fathers role in World War II.

Down the street from the Parrot, on the other side of The Truman Annex gated community is the newly acquired Waterfront Park. The park was given to the city by the Navy and as you can see, there’s not much there yet, a few new buildings that look like they might be related to NOAA or some other govt. agency and on the seawall in the inner mole, The Mohawk, a WW II Coast Guard Cutter brought down from The Miami Maritime Museum to be put on permanent display in the new Key West Park.If this were a political blog there would be much to write about here since this property and the acess to it has been embroiled in controversy from the git go. I’ll leave that to the other Key West bloggers. I need to post links to them since there are quite a few of late and they give insights into local events that won’t be found in the local papers. 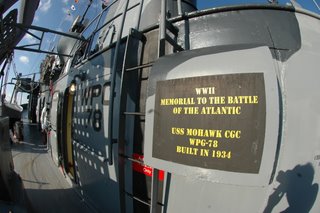 Franz Boetes the Directer of the Maritime Museum exhibit 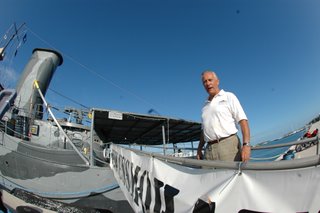 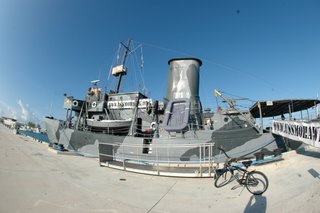 Here’s the radio room. My father was a radio operator staitoned in Hawaii during WW II so this room gave me kind of a warm feeling. My father, Staff Seargant Al Vagnoni was the radioman, not unlike the one pictured here, sitting with headphones on in a tiny radio shack in the middle of a pineapple field on the westernmost tip of Oahu when he received the first encoded message of the Japanese surrender which he then passed on to San Francisco to be forwarded to Washington. After he received the message he tore of the piece of tape containing the historic bit of code and I believe that spool of tape sits in a tiny box in a drawer in brother’s house today. 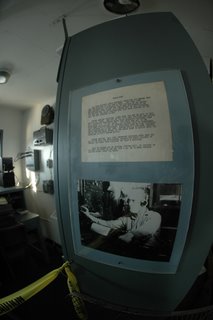 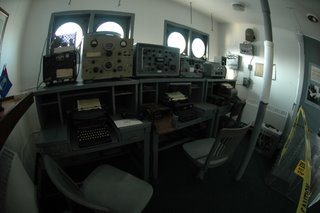 Just to kind of complete this thought; Here’s a picture of my dad, Al (wearing the hat), shortly after receiving that message I imagine,celebrating with a few buddies. 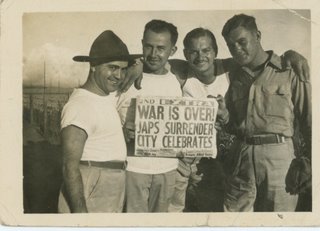 The caption on the back reads, “Now what do you think we are so sad about.
Presenting myself, Mariani, Gould and Alabama Davis saying hello you all. 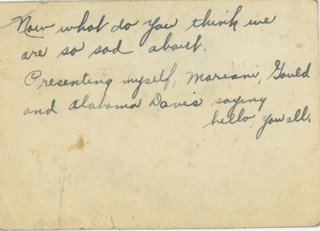 a view from the bridge looking out across the inner mole to the main ship channel. 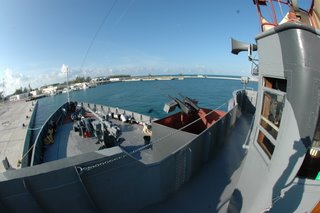 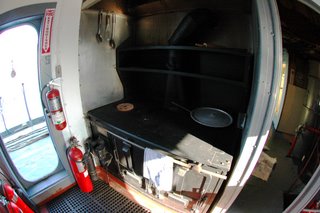