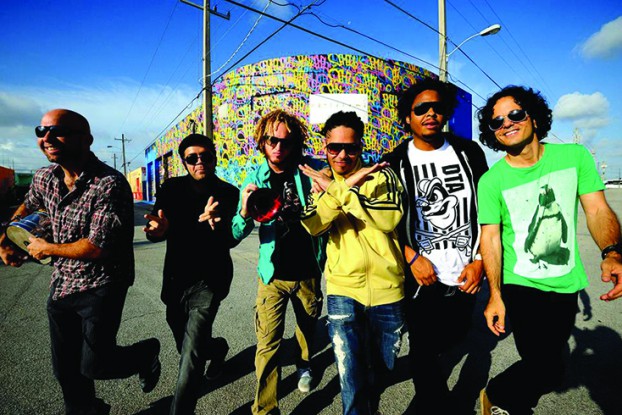 Voted Miami’s Best Fusion Band  by Miami New Times, Xperimento  is something only Miami could cook up. It plays a blend of cumbia, reggae, salsa, funk, timba, rumba, tango and dub, creating a sound that reflects the diverse mixture of cultures and genres that Miami has to offer.
The band has strong ties to two other Miami groups,  Suenalo and the Spam Allstars, both well known to Parrot patrons for their past pelvis-grinding Parrot performances. known for mixing new rhythms:
Xperimento  has released three independent CDs in the last two years and improvises nearly 90 percent of its repertoire, giving the band its name, Xperimento
Pioneers of the fusion music happening now in Miami, Xperimento  is a a Latin fusion band that blends cumbia, reggae, funk, rock, R&B, and hip-hop. They have been selected as a Billboard magazine “Hot Pick,” a “Best US Band” by BBC News, “Best Latin Rock Band in Miami” by the Miami New Times, and been nominated for a Latin Grammy.