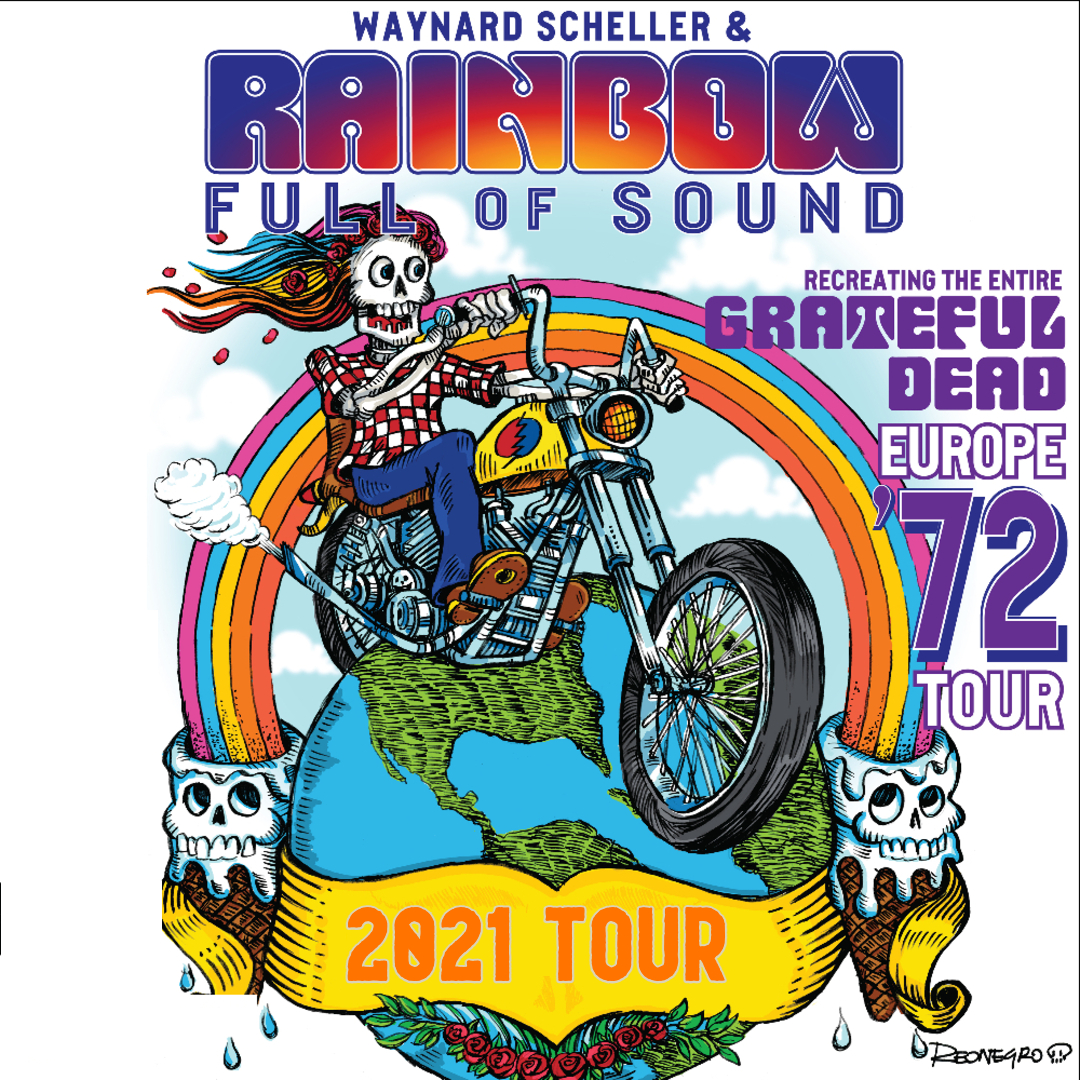 Waynard Scheller and Rainbow Full of Sound, Grateful Dead Europe ’72 Tour Thursday , 5:30 and 9:00 p.m
Waynard Scheller and Rainbow Full of Sound, One of the East Coast’s premiere bands playing Grateful Dead songs, will appear at The Green Parrot on Wednesday and Thursday, November 10th and 11th, with shows at 5:30 and 9:00 p.m.
This fall’s  Rainbow Full of Sound tour will come with a very special twist: for the second time, they will re-create the Dead’s legendary 1972 tour of Europe, tracing the path of twenty-one shows from England to Denmark to Germany to France to the Netherlands and back to England.
Rainbow Full of Sound began as a one-off experiment in 2012 when a gang of Dead Heads decided to play the entire 1980 Radio City Music Hall run. It was so much fun that it took on a life of its own, with a rotating cast with Waynard the one consistent link.