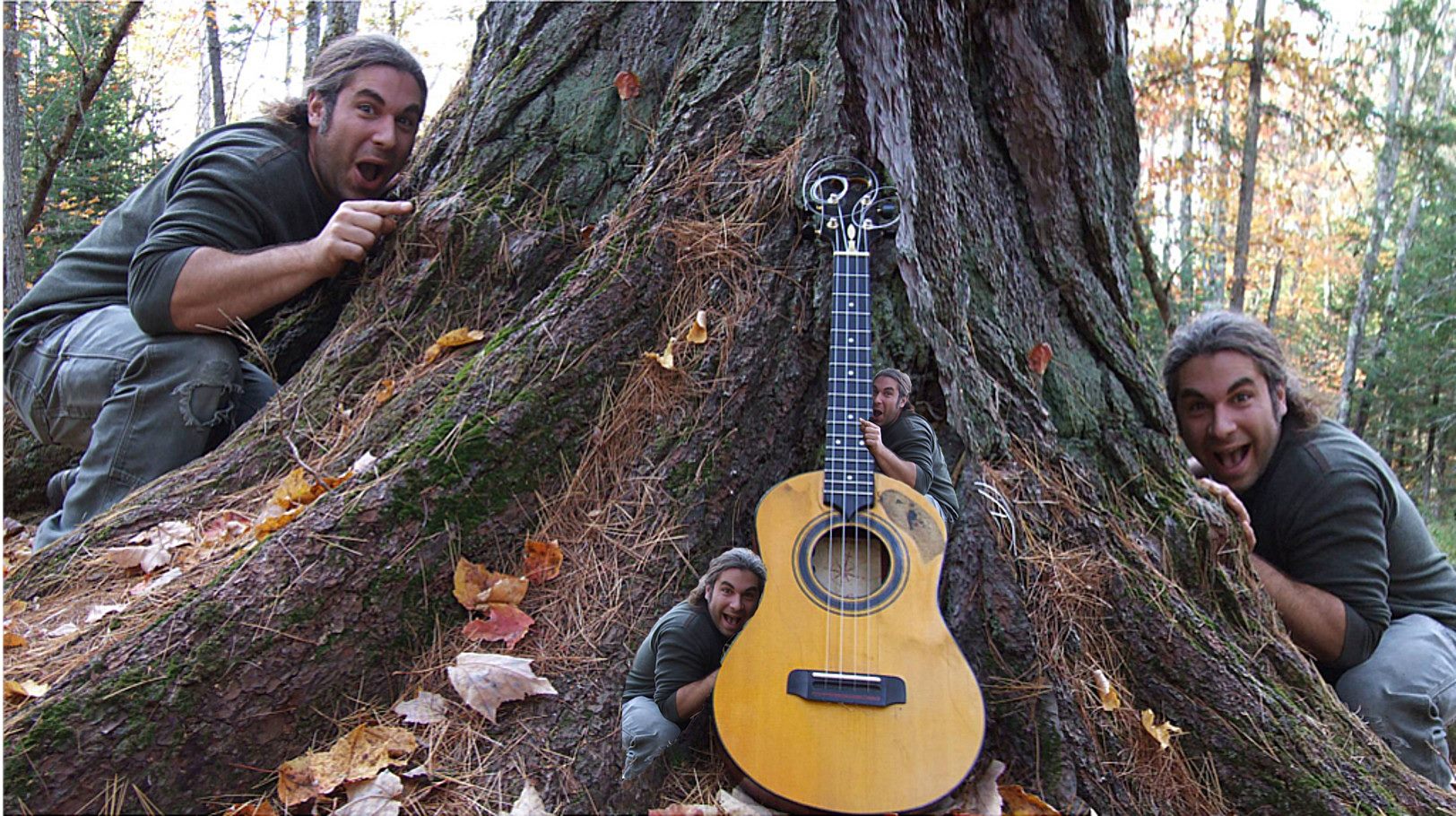 Ukulele Russ & His One Man Frontier Band
Alaska’s Ukulele Wild Man —
Unconventional Ukulele for Unconventional People
Alaska—the Final Frontier. Alaska has captured imaginations ever since Thomas Jefferson purchased it from the French for two cases of whiskey and a buckskin pouch of glass beads. And now, with the birth of the interwebs and the dawn of the reality TV age upon us, people once again turn their eyes northward. They are enthralled with Alaska, but is what they see really reality?
A native son of New England, professional ukulele player, and natural blonde, Ukulele Russ turned his wandering eye northward. After touring on and off with booze hall bands and B-list rap troops for several years, he packed his things and made the move to The Great Land. He rented a small, dry cabin with his fiancée just outside of the Fairbanks city limits, bought a compact car known for its fuel economy and ability to corner well on icy roads, and hit the streets of “Jefferson’s Folly” to hunt for a job with only 6 dollars left to his name. He was a man on a mission and broke.
Unable to comprehend how the ukulele could be seen as anything other than stringed testosterone, Russ set out to expand people’s minds and open their hearts to the subtle sweetness of what Shakespeare often referred to as “those bitchin’ little Hawaiian guitars.” By locking himself away in his dark, tiny cabin he has developed his own unique style of “ukuleleing,” discovering that they can in fact be used to create music other than the songs you hear at the Honolulu airport, and he has been capturing audiences’ attention ever since. From rock and roll to funk, bluegrass to hip-hop, Russ takes the ukulele into uncharted waters and has compiled a selection of humorous stories and multi-genre songs about Alaska and the people who call it home.
Learn just how “real” things can get with the ukulele player Gene Siskel once described as “that homeless looking guy hanging out in the parking lot by my car.” Ukulele Russ is a wild man—a dude who chooses to drive a Cooper Mini in a Mac Truck world, an hombre who opts for a tacquito over the burrito grande. He is playing it fast and loose in a guitarist’s jungle with his show “The Last Ukulele Frontier,” which contains the secret history of 49th state, and a true account of Russ’s life in the north, all set to piano ukulele music, telling the stories of a musician’s survival in the subarctic.