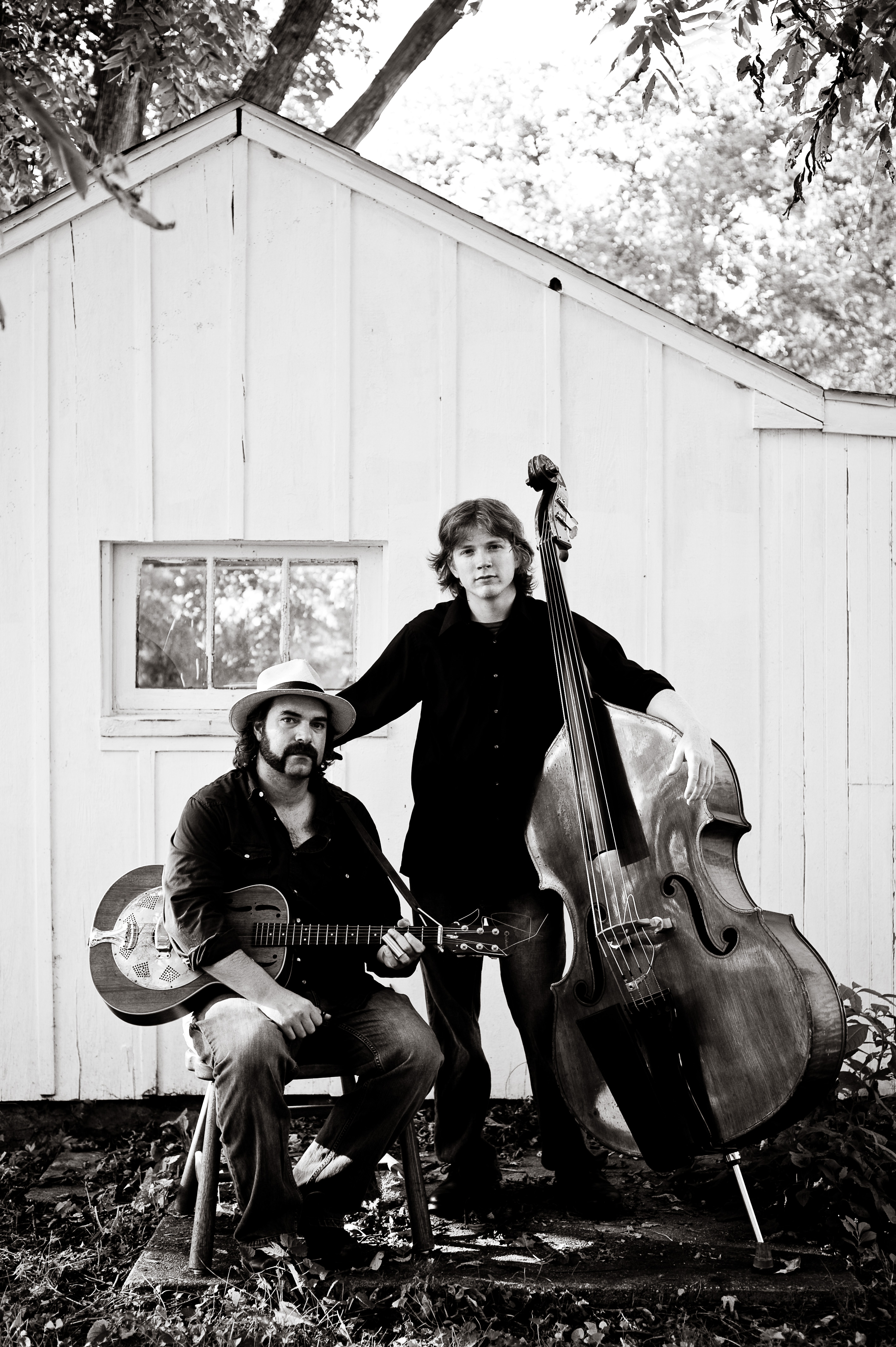 Swampcandy is an internationally touring primitive blues influenced Americana duo. Ruben Dobbs’ aggressive finger-picking and rhythmic style (which often adds up to sounding like more than one guitar) combined with Joey Mitchell’s bass playing, pounding kick drum and percussive bass throttling (representing the presence of a full drum kit) easily fill up the sonic space normally created by a trio or even a four-piece group. Dobbs’ soulful, passionate vocals are the glue that holds it all together and makes this band tick. This is a band that has vision and delivers both live, on recordings and on video. Swampcandy was founded by Dobbs in 2007 and functioned with various lineups until he teamed up with Joey Mitchell in 2010 and the permanent die was cast. After only a few months together, the duo began to tour aggressively and have not slowed down since. Whether its a 20-minute opening slot or a 3-hour headlining gig, they give the audience 110%