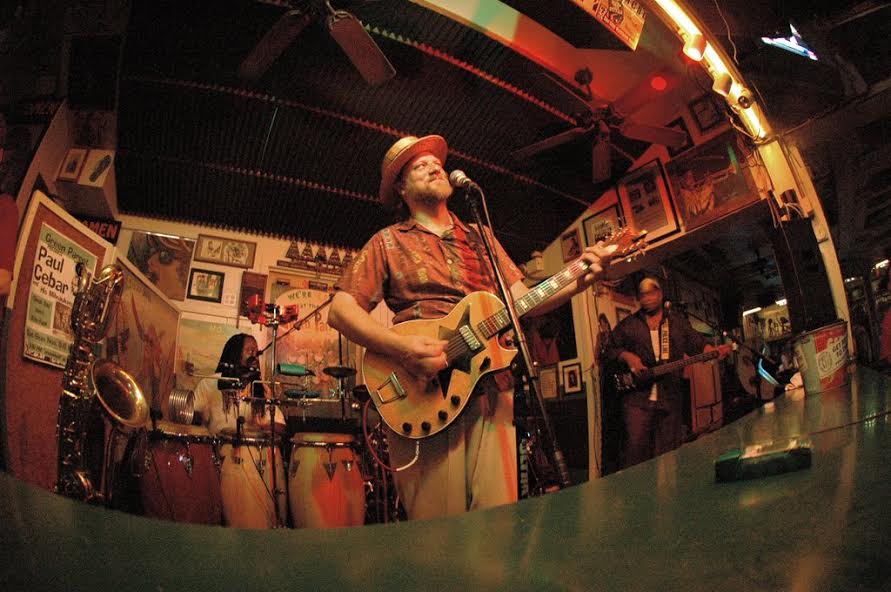 Well known for shaking up the Green Parrot Bar’s stage, Paul Cebar’s Tomorrow Sound. (formerly Paul Cebar  and the Milwaukeeans)  return to the Parrot
Cebar’s long-awaited return to The Green Parrot is sure to be one of the year’s highlights as Cebar cranks out his mix of “classic      soul meets  Afro-Latin funk”.
Says Cebar, “My departure has always been funk and  soul oriented, with African and Latin aspects.” But Cebar now feels he is making some of the most vital music of his career  that embraces hip-hop, reggae and old-school soul.