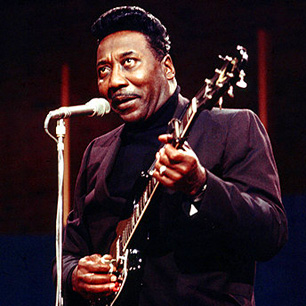 Celebrate the would-be  104th birthday of seminal bluesman and “The Father of Electric Blues” Muddy Waters  The Tribute, hosted by Larry Baeder, and  accompanied by guitarist Bill Blue, will include a gathering of  key west musicians offering renditions of Waters’ songs.

Rolling Stone magazine said of him, “Muddy Waters was the man who moved the blues north from the Delta and made it electric. The leading exponent of Chicago blues in the 1950s, Waters came up with guitar licks and a repertoire of classic songs that have fueled innumerable rock acts, from the Rolling Stones and Eric Clapton to the Allman Brothers Band and Led Zeppelin.”

In his induction into the rock and roll hall of Fame in 19..it was said, “Muddy Waters transformed the soul of the rural South into the sound of the city, electrifying the blues at a pivotal point in the early postwar period. His recorded legacy, particularly the wealth of sides he cut in the Fifties, is one of the great musical treasures of this century. Aside from Robert Johnson, no single figure is more important in the history and development of the blues than Waters. The real question as regards his lasting impact on popular music isn’t “Who did he influence?” but – as Goldmine magazine asked in 2001 – “Who didn’t he influence?”