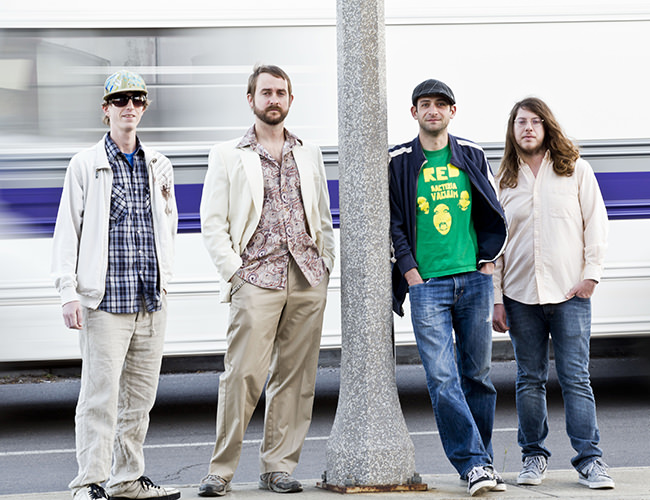 The self-described New Orleans “Funktronica” band Gravity A makes their Green Parrot Debut Friday and Saturday, January 15th and 16th, with shows at 5:30 and 10 p.m.
The quartet has been a New Orleans staple since 2004, developing a unique sound inspired by the soulful funk and second-line fusions of their hometown, yet drawing heavily upon the eclectic possibilities of electronic progressions.
Gravity A has become the torchbearer for the city’s late night soundtrack featuring the unmistakable sound of New Orleans funk, tight drum n’ bass breaks and intoxicating trance.

Most recently, the band has gained even more popularity  after performing a high energy Talking Heads Tribute set at a Jazz Fest late night at the Howlin Wolf in New Orleans. It’s popularity quickly sparked a handful of additional performances on the road, as well as inspiring a Pink Floyd tribute set added recently to their repertoire as well,
Nominated for Best R&B/Funk Album in the 2012 Best of the Beat Awards for their work on Renegade Masters, Gravity A developed out of a city that is inundated with musical vibrations — exhilarating New Orleans’ rich musical tapestry with their fresh, dynamic energy and innovative sound.