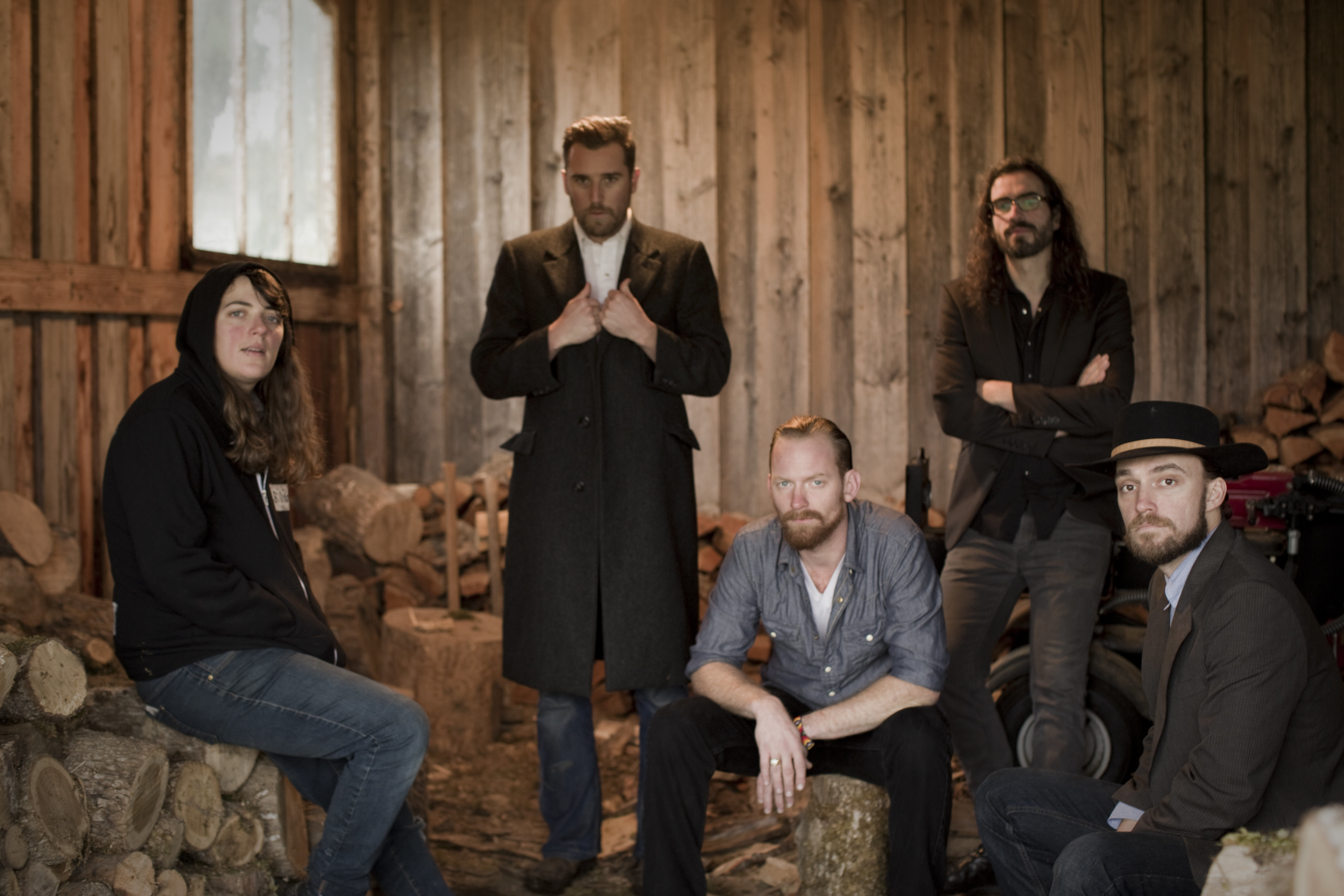 Fruition brings their  Folk-Rock, Americana, Soul, and Blues to The Green Parrot with shows at 9 p.m. on Monday, March 14th  shows at  5:30  and 9:00 p.m.on Tuesday, March 15th.
Sharing a common love of music, whiskey and life on the road, Fruition were originally brought together by the lure of adventure. For the last five years, the Portland, OR string infused quintet has racked up the miles playing sold out shows in their adopted hometown and garnering new fans across the country.
The first time they ever made music together, Fruition’s three lead singer-songwriters discovered that their voices naturally blended into beautiful three-part harmonies. In the eight years since that impromptu busking session, the Portland, Oregon-based quintet has grown from a rootsy, string-centric outfit to a full-fledged rock band with an easy but powerful grasp of soul, blues, and British Invasion era pop.On their new album Labor of Love, Fruition shows the complete force of their newly expanded sound, matching their more daring musicality with sophisticated, melody-minded song craft. The album subtly imparts the sense of being swept along on a journey, one reflecting an open-hearted spirit that sets in from the first notes of the dobro, mandolin and electric guitar driven title track, carries on to the sleepy soul of “Santa Fe,” and unfolds into the epic balladry of “The Meaning.”

Last year saw them appear at Bonnaroo, Northwest String Summit and Telluride Bluegrass where Rolling Stone cited their artful choice of covers and “raucous originals filled with heartfelt lyrics and stadium-worthy energy.” This year will see them share a Red Rocks bill with JJ Grey and Mofro and The Infamous Stringdusters, along with a full headline tour of the United States.