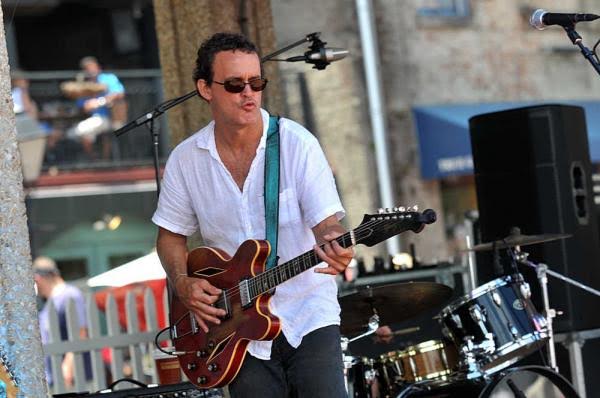 Kingsnake recording artist Eric Culberson returns to The Green Parrot stage for some unmistakeably authentic and energetic blues action  at 6 and 9:00 p.m. on Thursday, August 13th.
Guitarist and vocalist Eric Culberson reintroduces the public to whatTexas blues guitar sounded like in the pre-Vaughan era when the genre  was defined by the likes of Freddie King, Johnny Copeland and Albert Collins. Eric tackles genres ranging from Memphis soul to Texas blues with the confidence of a veteran…Culberson‘s energy is palpable as he demonstrates equal skill on both electric and slide guitar.

He has developed a mature Texas-meets-Chicago sound that generates sparks without being overwrought or flashy. His style is unmistakably authentic and energetic.
The band has opened for  Johnny Winter, Buddy Guy, John Mayall, Room Full Of Blues, Ted Nugent, J. Geils and Magic Dick, Eddie Kirkland, Johnny Clyde Copeland, Koko Taylor and Etta James. Culberson‘s “Blues is My Religion” has topped the national Blues charts, and his new CD “No Rules to the Game” has received stellar reviews.
REAL BLUES says,”Culberson will startle even jaded blues purists…all in all, he’s got it in spades. Kingsnake records has a big blues talent with the potential to conquer the blues world.”
The Green Parrot Bar is your Southernmost Center for Blues Culture at the corner of Whitehead and Southard Streets.   For additional information call The Green Parrot at 294-6133.
+ Google Calendar+ Add to iCalendar