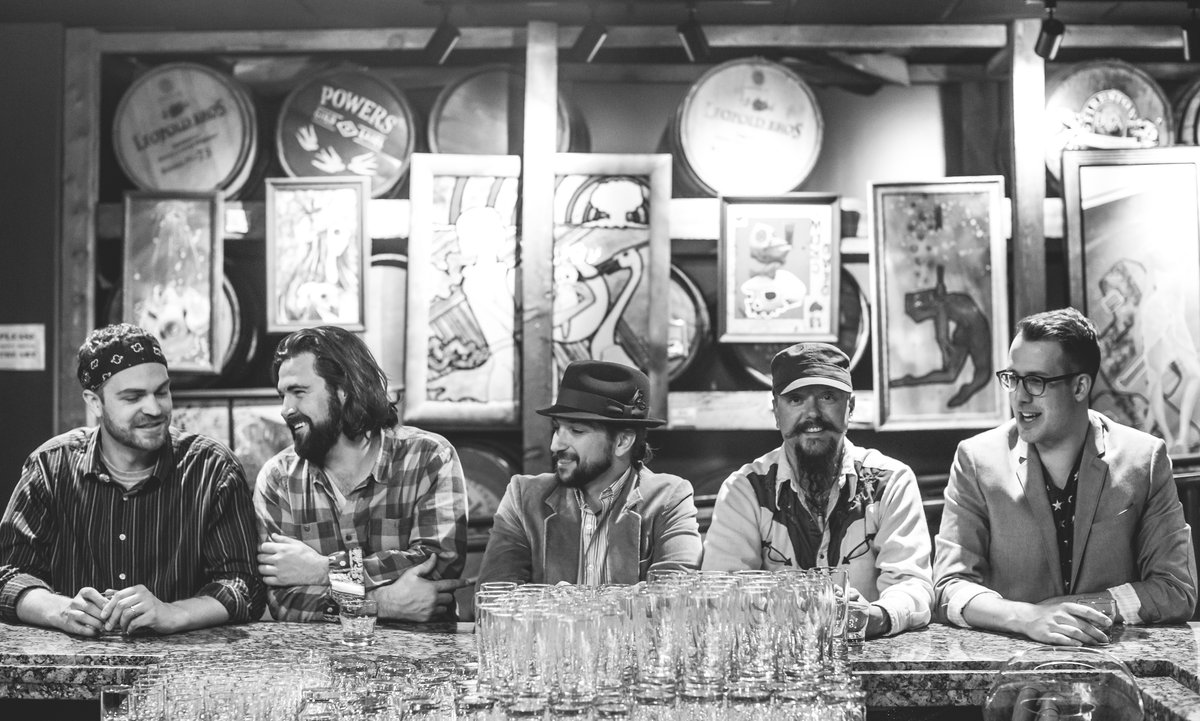 Originally formed in 2010, The Drunken Hearts have grown leaps and bounds in the past eight years, managing to make a name for themselves in a state that is rapidly gaining a reputation as a magnet for roots music. Led by lead singer and acoustic guitar player, Andrew McConathy, The Drunken Hearts are now a five-piece, well-synced blend of musical sensibilities.

A hodgepodge of a lot of different styles and influences, with the twang Cody Russell brings on the pedal steel, lap steel and banjo, it would be impossible to claim rock as the defining sound of the band. And even though strong bluegrass influences are clearly threaded into their music, The Drunken Hearts don’t consider themselves a bluegrass band either.“It’s seems pretty obvious to us that we’re not bluegrass,” says McConathy.“It’s more like ‘ourgrass’,” muses bass player, Jon McCartan.

Rounded out by the dynamic Alex Johnson on the drums, the band members are a virtual grab bag of rock, funk, jazz, jam, blues, electronica, metal, bluegrass, and country genres—all melted together to create a unique sound that the band simply enjoys on stage.

The Drunken Hearts have shared the stage with names like The String Cheese Incident, Railroad Earth, Elephant Revival, Greensky Bluegrass, Lukas Nelson & Promise of the Real, Cornmeal, Head for the Hills and others.