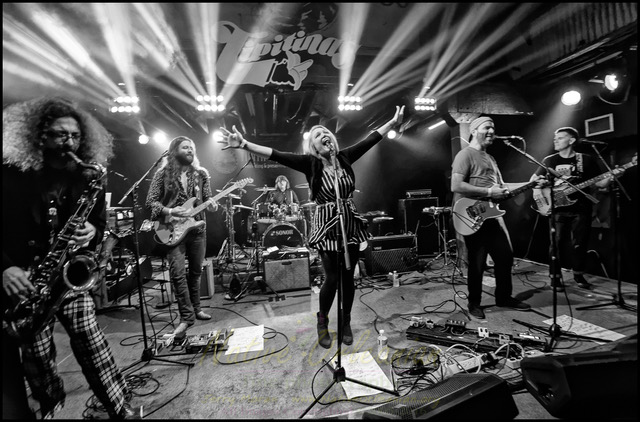 It can be hard to be a rock musician in New Orleans, and we knew we needed elements to make it a little different,” says Darcy Malone, lead singer of Darcy Malone and the Tangle. “What we’re trying to achieve is rock/soul, with elements of something catchy—something like Ike & Tina Turner meets XTC.” The inherent contradiction in those disparate reference points is the driving force behind Darcy Malone and the Tangle. Since its inception, band founders Malone — daughter of the Radiators’ Dave Malone — and her husband, Tangle singer/guitarist Christopher Boye, wanted a project unburdened by traditional genre limitations.

At the Tangle’s core is a desire to create music that incorporated Malone’s background of soul and pop with Boye’s love of indie/underground rock and roll. However, Darcy Malone and the Tangle’s sound soon grew to be much more than a simple marriage of soul and indie rock. “It really came from the whole tangle of genres idea,” she says. “We knew that was what we wanted, and we wanted people to help make that a success.” Malone and Boye recruited a band and began to define the band’s sound with the soul/rock/pop of 2016’s debut full-length Still Life and the harder-edged EP Make Me Over, released in spring 2017.

Now with a revamped lineup that includes both veteran New Orleans musicians (drummer Billy Schell and guitarist Rory Callais) and internationally-touring players (saxophonist/keyboardist James Beaumont and bassist Smitti Supab, who met while gigging throughout China), Darcy Malone and the Tangle are anxious to begin creating a new tapestry of sounds and influences. “Every member of the band might say something different,” says Malone, “but in the end it’s rock ’n’ roll—with a lot of other things.”