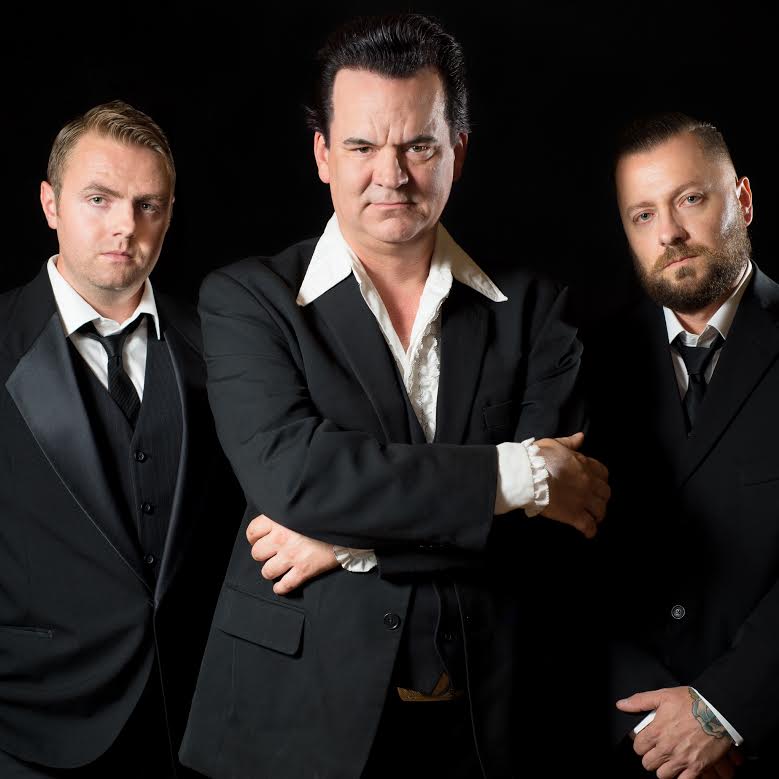 The Cold Hard Cash Show, an  original and innovative tribute to the music of Johnny Cash and The Tennessee Three will appear at The Green Parrot on Wednesday and Thursday, March 1 st and 2nd !
Fronted by guitarist and singer Merle Travis Peterson, The Cold Hard Cash Show brings to life classic Cash songs from the Sun & Columbia Records Catalogs to the modern American recordings, performing with the energy of the Live at Folsom and San Quentin albums with a sound so accurate you’d think you’re listening to The Man in Black himself!

The band formed in 2005 and in addition to Merle Travis Peterson fronting the band on vocals and guitar, the line up includes long time member Fel Torres on drums and Trebor Riddle on upright & electric bass.
Since the formation, they have performed on hundreds of stages often sharing them with a diverse variety of artists such as as Darryl Worley, John Anderson, Eric Church, Charlie Daniels, Lonestar, Eddie Money, Eli Young Band, Los Lobos, James Hunnicutt, Dale Watson and countless others as well as performing at several high profile private functions with guests such as Katy Perry, Shawn Colvin, John Oates, Justin Timberlake, David Ryan Harris, John Mayer and have at times performed with a few of them!
In 2008 the band made their National Television debut when they performed on The Late Show with David Letterman, gaining a solid world wide fan base and landing them on stages at several nationally known festivals such as Memphis in May Festival (Memphis,TN), Sturgis Motorcycle Rally (Sturgis,SD), Daytona Bike Week (Daytona,FL), Lonestar Rally (Galveston,TX) and Johnny Cash Festival- Roadshow Revival (Ventura,CA).
In 2014 the band recorded a song for long time Eddie Money drummer Glenn Symmonds and were featured on his ‘Friends of Glenn’s’ album along with multiple artists including Eddie Money.

The band continues to tour across the country non-stop spreading the great word and music of The Man in Black, Johnny Cash!

The Cold Hard Cash Show is an excellent band, excellent show, excellent experience and hands down the BEST Johnny Cash Tribute around!