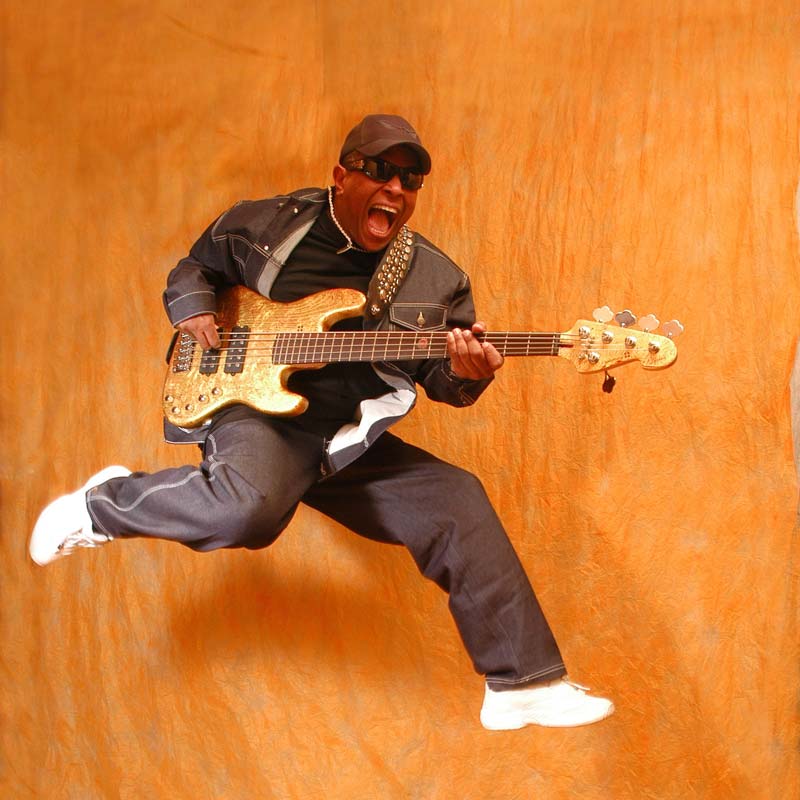 Dave “Biscuit” Miller, will appear at  Green Parrot Bar with shows at 5:30 and 9 P.M.on Thursday, April 23rd
Miller was chosen Midwest Beat Magazine’s “Entertainer Of The Yearf
for a combination of reasons ––
his dedication in spreading the love of music to the youth of the
area; his musical work ethic shown in his doubling as bassist with The
Lonnie Brooks Band as well as fronting his own combo, The Mix; for his
always giving 100% when on stage; and for the simple fact that he does
a remarkable job “entertaining” folks.
Inspired to quit college after being drafted as a backing
musician for the legendary Rufus Thomas, Miller has never looked back
in regret on his decision to chase the musical muse that touched his
soul.
Miller is a jigsaw puzzle made up of strangely shaped pieces.
He’s a little Rufus Thomas, a little James Brown, a little Bootsy
Collins and when he flashes that broad faced smile, there’s even a
little touch of Ben Vereen as “Chicken George” (from “Roots”) in there
as well.
Biscuit played with Lonnie Brooks for many years, and is one of the
best blues bassists out there. But he’s not “just a blues bassist. He
plays a mixture of blues, soul, r&b and funk. Biscuit’s chop bag is
bottomless, and contains everything from mathematically spaced eighth
notes, endless permutations of blues walk-ups and downs, thumps,
plucks, taps — you name it, it’s in there.
.   The Green Parrot Bar is your Southernmost Center for Culture at
the corner of Whitehead and Southard Streets.  For additional
information call The Green Parrot at 294-6133.